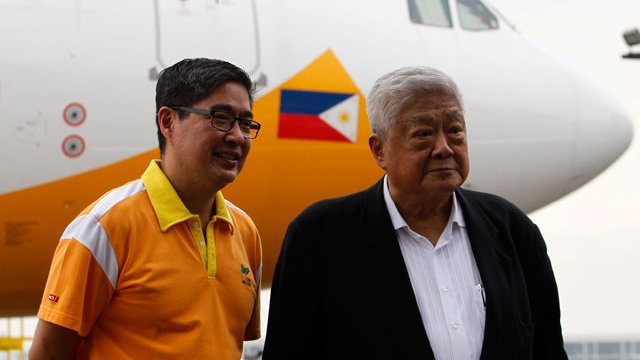 Facebook Twitter Copy URL
Copied
The Gokongwei empire reports a net income of P22.5 billion from January to September 2019. This is 16% higher than the P19.2 billion it earned in 2018.

MANILA, Philippines – John Gokongwei Jr was said to have been very meticulous with his empire’s financials even during the last moments of his life. Mr John’s dedication seemed to have paid off once more.

JG Summit’s earnings for the 1st 9 months of 2019 are already much higher than what it earned for the entire 2018.

In a disclosure to the Philippine Stock Exchange on Thursday, November 14, the Gokongwei family’s holding firm reported a net income of P22.5 billion from January to September, 52% higher compared to the same period last year. It is also 16% higher than the P19.2 billion it earned in 2018.

“Growth was mainly driven by our core businesses in food, real estate, and airlines, while challenges still remain in some of our business units like petrochemicals. Overall, the diversity of our portfolio including our minority investments has resulted in the group’s increase in earnings,” JG Summit president and chief executive officer Lance Gokongwei said.

The top line or revenues registered P99.8 billion, up by 6%.

Cebu Pacific struggled during the 3rd quarter of the year, posting a net loss of P317 million.

However, its year-to-date net income more than doubled to P7 billion.

JG Petrochemicals continued to bleed, with the top line dropping by 19% to P26.1 billion year-on-year.

Sales volume for the 3rd quarter dropped by 12% due to the trade war between the United States and China, which led to tepid petrochemicals demand.

Robinsons Bank ended the 9-month period with strong revenues of P6 billion, 42% higher than last year on the back of a 9% loan growth, led mostly by expansion of consumer loans.