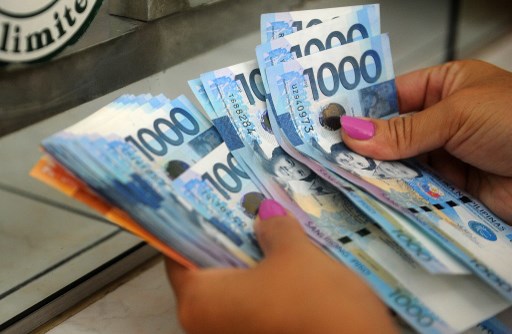 MANILA, Philippines – Cash and personal remittances sent home to relatives by overseas Filipinos, fuelled primarily by the padala from those in the  US, increased by 6% in September said the Bangko Sentral ng Pilipinas (BSP).

The padala from overseas Filipinos usually amps up during the onset of September, locally known as the “ber” months or the last 4 months of the year, which is also the traditional Yuletide season.

The BSP said the US registered the highest share of total remittances by country source during the period January to September at 37.5%.

The BSP categorizes personal remittances as cash and non-cash items that flow through both formal, or via electronic wire, and informal channels, which are money or goods carried across borders.

Personal  remittances increased by 3.6% from January to September to $24.64 billion, against $23.71 billion in the same period last year.

Pushing the growth in personal remittances during the nine-month period was the 3.3% hike in remittance inflows from land-based overseas Filipino workers with employment contracts of one year or more. This stood at $18.8 billion, from $18.2 billion a year ago.

Remittances from sea-based workers and land-based workers with short-term contracts increased by 8.2% to $5.3 billion from January to September compared to $4.9 billion in the same period last year.

Likewise, cash remittances rose by 6.3% to $2.38 billion in September from $2.24 billion in the same month last year.

Remittances coursed through banks from land-based workers with contracts of less than one year went up by 9.1% to $2.4 billion from $2.2 billion.

Because of the robust signs,  BSP retained the growth target this year for both personal and cash remittances at 3% .

Aside from remittances, earnings from the business process outsourcing (BPO) sector and tourism made for a healthy gross international reserves (GIR).