One year after arrest, Ghosn seeks to throw out case against him 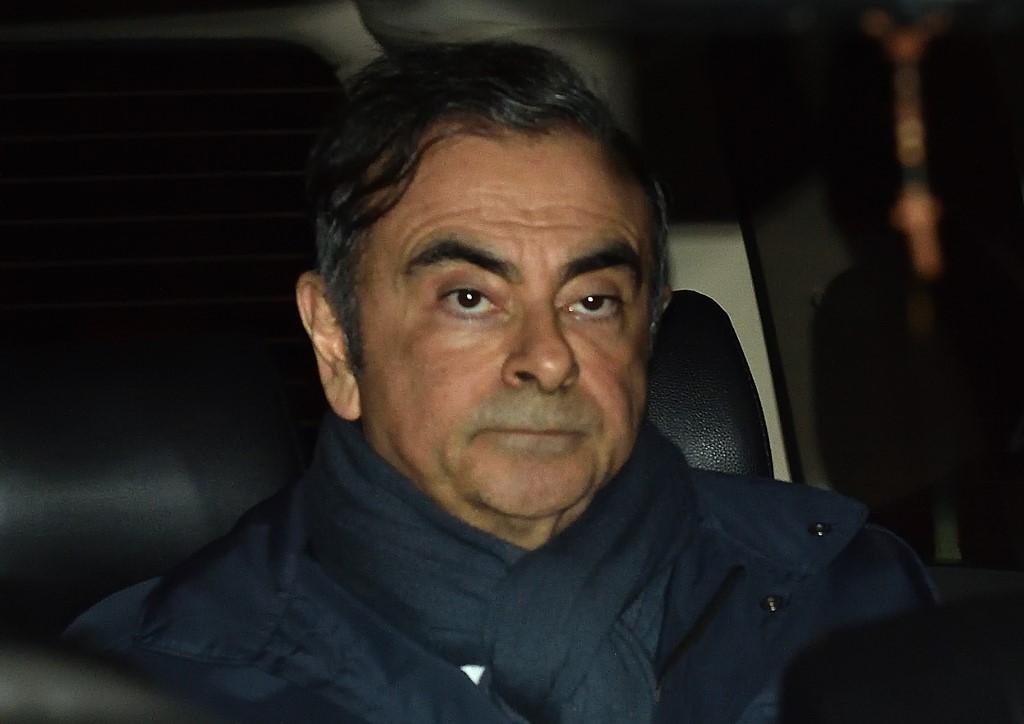 TOKYO, Japan – One year ago, the sudden arrest at a Tokyo airport of Nissan boss Carlos Ghosn, one of the world’s best-known and respected tycoons, sent shockwaves through the business world.

After 130 days languishing in a Japanese detention center, Ghosn is now out on bail and vigorously proclaiming his innocence, seeking to have his case declared null and void – even if legal experts and his own defense deem his chances unlikely.

The 65-year-old Brazil-born executive faces charges of deferring part of his salary until after his retirement and concealing this from shareholders, as well as syphoning off millions in Nissan cash for his own purposes.

Ghosn denies every charge and has accused prosecutors and even Japanese government officials of colluding in a “plot” with Nissan to find a way to destroy him, fearful he was seeking to merge the firm with France’s Renault. (READ: Renault vows ‘fresh start’ for alliance with Nissan)

His defense team filed a motion on October 24 to throw out the case given what they allege is illegal activity by Nissan and the prosecution – including seizing his wife’s phone and searching private homes.

But even his own defense lawyer Takashi Takano is doubtful of success, telling Agence France-Presse (AFP): “There are no precedents and Japanese courts are very reluctant to accept this type of argument.”

Yasuyuki Takai, a former head of the special prosecutors’ bureau in Tokyo, agreed: “This motion has zero chance of succeeding.”

“The real goal of the lawyers is to get an acquittal. This motion can only serve to calm down the accused and to say publicly that the prosecutors and Nissan did terrible things,” Takai told AFP.

Independent lawyer Nobuo Gohara said it was “debatable” as to whether Ghosneven had a legal obligation to declare the alleged deferred salary and “in any case, it should not have led to an arrest”.

“The Ghosn case was an enormous global shock which has uncovered very big problems in the way the Japanese system functions,” Gohara told AFP.

“This case should never have existed. You can only think that the end goal was to arrest Carlos Ghosn.”

The world-famous executive, once revered in Japan for rescuing the struggling Nissan and who criss-crossed the globe in private jets as the head of a worldwide business, now faces 15 years in prison if convicted. (READ: U.S. SEC charges Nissan, ex-CEO Ghosn with hiding $140 million from investors)

Defense and prosecution teams have held regular pre-trial meetings but Ghosn’s team has complained that they do not yet have access to prosecution documents “proving” the tycoon’s guilt.

This has delayed progress towards a trial, and also explains why the defense has not yet itself produced what it says is cast-iron proof of Ghosn’s innocence.

Around 99 percent of trials in Japan result in a conviction and the global media attention given to the Ghosn case has shone a spotlight on the Japanese justice system.

Suspects can be detained for several days without being formally charged and can be re-arrested many times, extending the period of detention – a system critics dub “hostage justice” designed to extract a confession.

Ghosn is now out on bail and has been able to enjoy some trips outside Tokyo with his daughter, while preparing for a trial expected to take place in the spring of next year.

His lawyers describe him as in relatively good spirits and combative, even though he remains banned from any contact with his wife Carole – a measure Takano slams as “stupid” and “useless.”

“There is no justification… It’s just a punishment,” said the lawyer, adding he hoped the judges would relent before the Christmas holidays. – Rappler.com