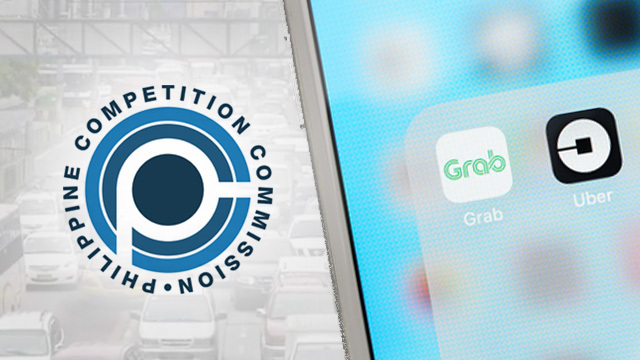 MANILA, Philippines (UPDATED) – The Philippine Competition Commission (PCC) ordered Grab Philippines to refund an amount of P5.05 million to its riders for breaches in its pricing commitments.

In a press conference on Monday, November 18, the PCC said that, during the period of February to May 2019, Grab exceeded the allowable deviation from before its merger with Uber.

This means that the increase of Grab fares from before its acquisition of Uber to its current operations exceeded by more than 22%, under its old set of voluntary pricing commitments to the PCC. This violation incurred a P5.05-million penalty.

The PCC amended its conditions so that Grab will refund the penalty to its riders instead of paying it to the antitrust authority.

In the new round of monitoring, a 22.5% allowable fare deviation has been imposed on Grab. Riders can check if Grab is breaching its pricing commitments by comparing what they were paying before March 2018 to the fares they are paying now, checking if the increase is more than 22.5%.

Should Grab breach this deviation, the company will have to pay P2 million to the PCC as well as refund any penalties to riders within 30 days.

According to PCC Chairman Arsenio Balisacan, riders will directly be given a rebate through their individual GrabPay accounts.

For the current P5.05-million penalty, Grab can file a motion for reconsideration within 15 days, and the PCC will be allowed 30 days to submit a final resolution. After this period, Grab is required to refund the amount to its riders within 60 days.

This measure is in line with a newly-approved disgorgement mechanism that will take effect on the second year of PCC’s monitoring of Grab operations, to prevent the company from having a “virtual monopoly” on the ride-hailing market.

PCC Commissioner Amabelle Asuncion reiterated that only the recipient of the penalty payment has changed, not the formula for computing the penalties.

In a statement, Grab said it “looked forward” to paying the passengers who took Grab rides during February to May 2019.

Further, the company maintained it complies with the fare matrix imposed by the Land Transportation Regulatory and Franchising Board (LTFRB).

Grab will announce the payment mechanics to the riders at least 5 days prior to paying. – Rappler.com