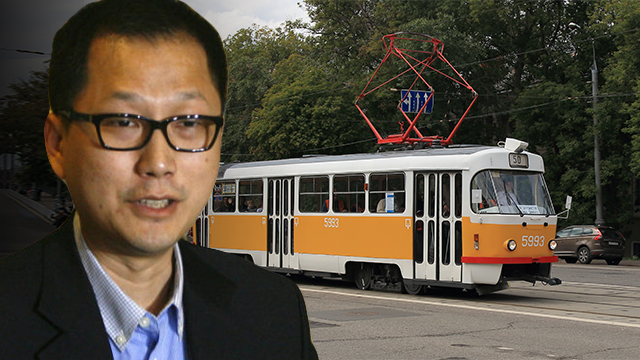 MANILA, Philippines – A tramway system similar to that of San Francisco or Hong Kong may come to the Philippine capital soon.

Businessman Antonio Tiu’s Greenergy Holdings has submitted an unsolicited proposal to build a tram system in Manila, according to its latest disclosure to the Philippine Stock Exchange.

Greenenergy said that it proposed to the local government of Manila to finance, develop, implement, and operate the tramway system. The disclosure did not indicate the cost of the project.

The initial plan is to have 13 stations along Roxas Boulevard from the Port Area to Vito Cruz, but is still subject to changes.

In a text message to Rappler, Tiu said that the tramway will connect to the Makati Subway system, another Tiu-led project through Infradev Holdings.

The Makati Subway project costs $3.5 billion or around P178 billion and was made possible through a joint venture deal between Infradev and the Makati City government.

Should the plan push through, the tramway system further solidifies Tiu’s infrastructure portfolio.

Tiu, debuted 49th in Forbes list of the richest Filipinos in 2019 with a net worth of $135 million, also has business intersts in agriculture through AgriNurture, another publicly listed firm. – Rappler.com