Nov 25, 2019 3:20 PM PHT
Mara Cepeda
Facebook Twitter Copy URL
Copied
'Our eagerness to protect, the intention is good. [But] the process should not actually violate...the privileges of others,' says Agriculture Undersecretary Ariel Cayanan 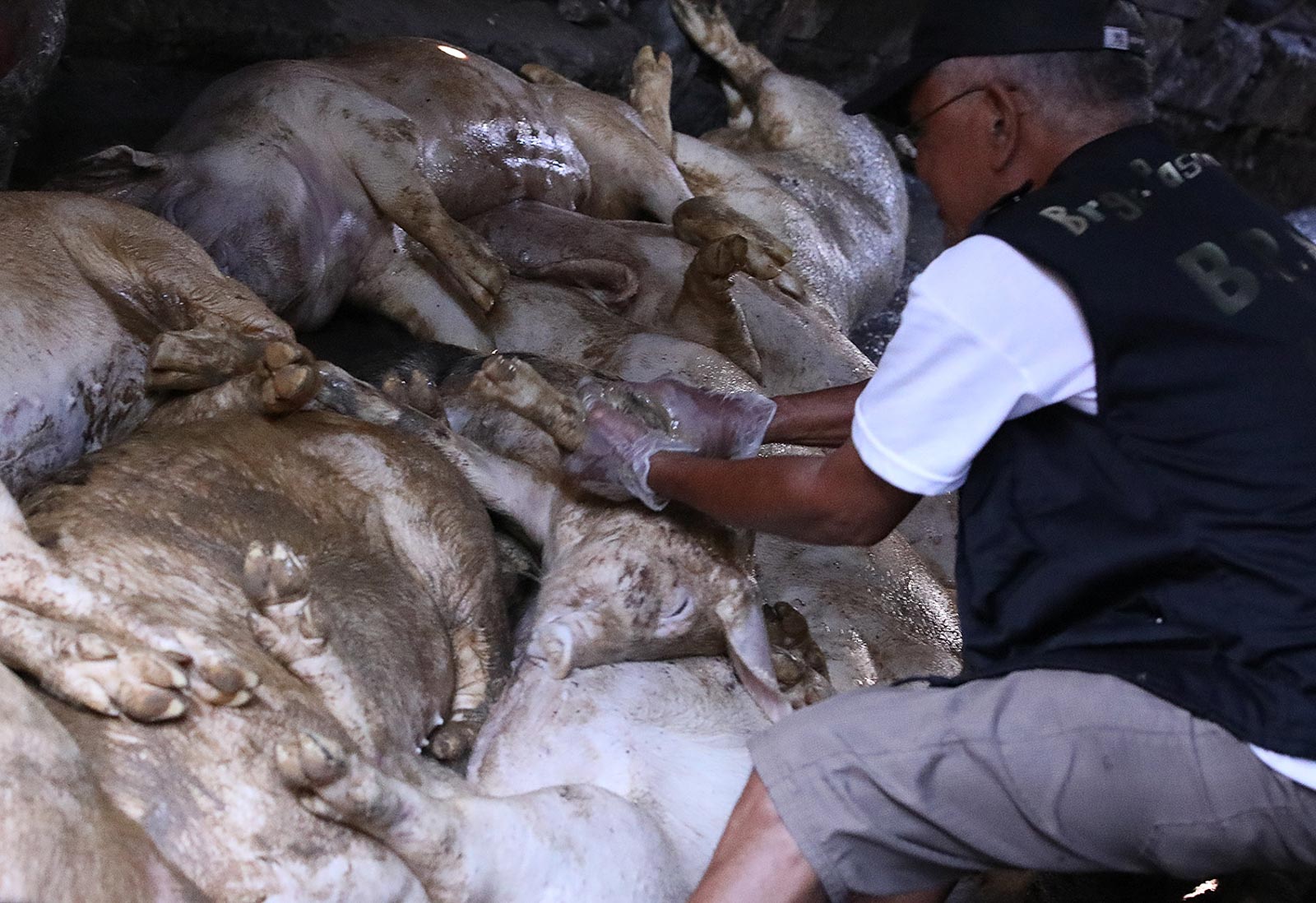 MANILA, Philippines – Two months since the African swine fever (ASF) outbreak was declared, the Department of Agriculture (DA) has yet to release its zoning plan to contain and eradicate the highly contagious disease affecting hogs.

Agriculture Undersecretary Ariel Cayanan instead appealed to governors to lift their “restrictive” bans on live hogs and pork products.

“Let us agree on one condition that our eagerness to protect, the intention is good. [But] the process should not actually violate…the privileges of others,” said Cayanan on Monday, November 25.

“Ang pinakamaganda po kasi dito mag-usap-usap tayong lahat kasama ‘yung mga stakeholders (The best thing to do here is for all of us to talk together with the stakeholders). And of course when I say stakeholders, [I mean] the whole industry),” he added.

Cayanan was speaking before members of the House committee on local government as well as committee on agriculture and food, who wanted to get an update on the status of ASF in the country.

Under the proposed zoning plan, the government’s ASF task force would declare the entire Visayas, Mindanao, and Mimaropa in Luzon as ASF-free zones. This means that pork products from these areas can be freely traded within the country.

But the final parameters of the zoning plan have yet to be ironed out.

For now, Cayanan urged local government units (LGUs) that have closed off their borders to pork products from other provinces to be open to compromising with the national government and the hog industry.

“But on top of it, sir, we have issuances [so] that they could be guided upon, not necessarily dictated upon, but guided upon. Again, Mister Chair, there [is] already progression [in communicating with these LGUs] and we hope that some of them, for those who have issued restrictive and constrictive [issuances], should be actually following this,” said Cayanan in a mix of English and Filipino.

Anna Lisa Uy of the Pork Producers Federation of the Philippines hopes the DA would soon implement its zoning plan, citing how the LGUs’ bans on live hog imports are hurting their business.

(Now that borders are being closed, it’s getting difficult for hog raisers to sell their hogs. The other provinces that are non-producing are finding it hard to produce their own hogs.)

President Rodrigo Duterte already approved the use of funds from his office to compensate hog raisers who have had to kill their hogs due to the ASF infection. (READ: Pork from China caused African swine fever outbreak in Philippines) – Rappler.com