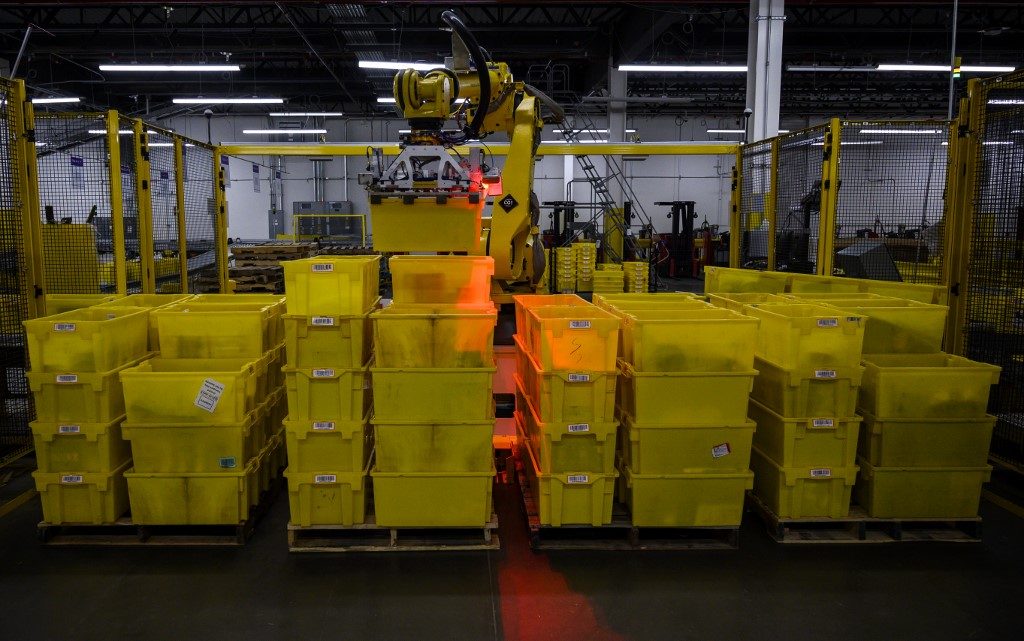 Facebook Twitter Copy URL
Copied
The report by Reveal, a project of the Center for Investigative Reporting, shows the rate of serious injuries at Amazon was more than double the national average for the warehousing industry

WASHINGTON, DC, USA – Injury rates reported for workers at Amazon warehouses across the United States are more than double the national average, according to a news investigation into workplace conditions at the electronic commerce giant.

The report released Monday by Reveal, a project of the Center for Investigative Reporting, showed the rate of serious injuries at Amazon was more than double the national average for the warehousing industry – 9.6 serious injuries per 100 full-time workers in 2018, compared with an industry average that year of 4.

Amazon, which has gained a reputation for speed and efficiency in its operations, said the high rate is an indication it is “aggressive” in reporting workplace injuries to authorities including the federal Occupational Safety and Health Administration.

“Reveal is on to something and it’s something OSHA has been talking about for years: there’s a dramatic level of under-recording of safety incidents across the industry – we recognized this in 2016 and began to take an aggressive stance on recording injuries no matter how big or small,” Amazon said in a statement.

The Reveal report suggested Amazon’s penchant for speed has put employees into the position where they must accelerate their pace or lose their jobs.

Several former workers told the journalists they had to break safety rules to keep up, including hoisting heavy items without the proper precautions.

The report comes with Amazon transitioning to one-day delivery for most items to its Prime subscribers, and with the massive holiday shopping season about to begin.

According to Reveal, company logs show injury counts spiked during peak shopping periods including “Cyber Monday,” which follows the Thanksgiving holiday, and the special sales offered for “Prime Day.”

The report also suggested robots used at Amazon facilities may contribute to a higher rate of injury. It found that after the introduction of robots in a fulfillment center at Tracy, California, five years ago, the serious injury rate nearly quadrupled to 11.3 per 100 workers in 2018. – Rappler.com