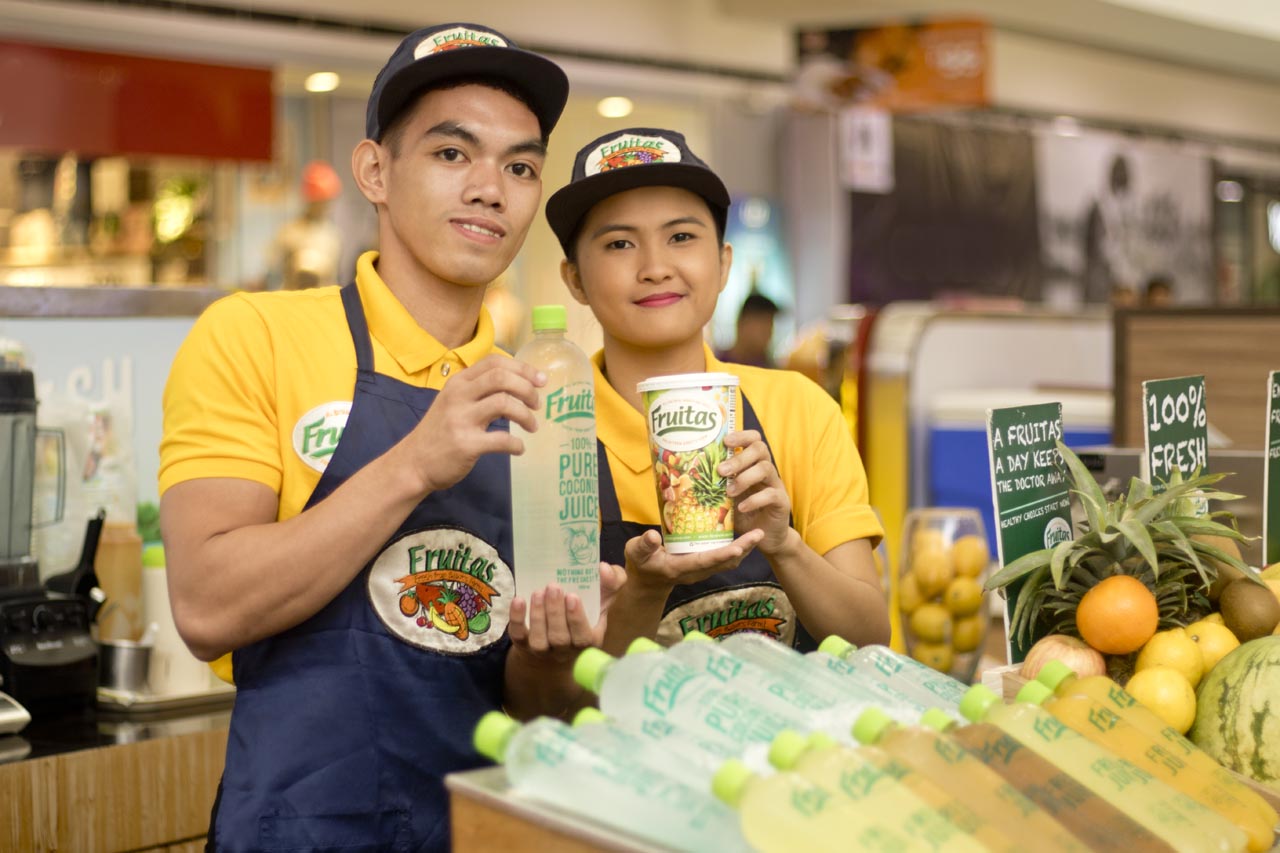 MANILA, Philippines – Food and beverage kiosk operator Fruitas Holdings is listing on the main board of the Philippine Stock Exchange (PSE) on Friday, November 29.

Is Fruitas ripe for investors to pick? Get to know the company here.

History. The company started from a single kiosk in SM Manila back in 2002.

Brands. Aside from fruit shakes like Fruitas and coconut beverages under Buko ni Fruitas, here are some more of the company’s brands:

It is also the company behind lifestyle food parks Le Village and Uno Cinquenta in Quezon City.

How did its maiden share sale go? Fruitas will debut on the PSE under the ticker symbol FRUIT.

Its initial public offering (IPO) was priced at P1.68 apiece and was “well-received by retail and institutional investors, resulting in an oversubscription of the offering,” according to the company. (READ: Subscribing to IPOs can now be done via smartphones)

“The broker tranche was more than 2.5 times oversubscribed, while the local small investor tranche was a record amount for a Philippine IPO. The exceptional performance and positive response from the market prove that the public believes in Fruitas’ strong fundamentals and aggressive expansion plans in the country,” said Daniel Camacho, executive vice president of First Metro Investment Corporation.

Proceeds from the IPO will finance the company’s store network expansion and the improvement of existing stores.

The IPO will also pave the way for the introduction of new concepts as well as acquisition of future brands, commissary expansion, and debt repayment.

How are its financials? In 2018, Fruitas reported P1.6 billion in consolidated revenues, a 37% increase from P1.15 billion in 2017, driven by network expansion and strong performance of its stores.

Fruitas earlier said it expects consolidated revenues of P2 billion in 2019, amid a favorable economic environment and more opportunities for expansion. – Rappler.com