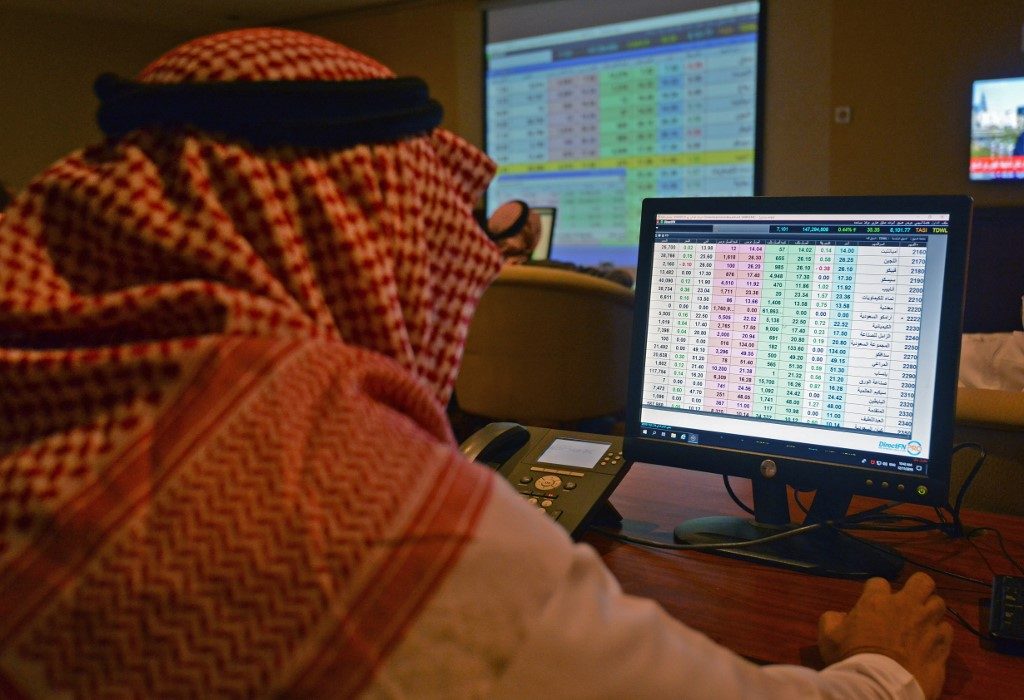 “Today is a day of immense pride for Aramco,” company chief executive Amin Nasser said at a glitzy launch ceremony.

“Today we make history as Saudi Aramco marks the beginning of an important new chapter in our company’s journey of prosperity,” he added.

Wealthy Saudi families are reportedly under pressure from the government to invest in the Aramco stock, with nationalists calling it a patriotic duty.

Aramco also dangled sweeteners for local investors, including promises of higher dividends and the possibility of bonus shares if they hold on to the stock.

The IPO process had put the energy giant’s value at $1.7 trillion, far ahead of other firms in the trillion-dollar club including Apple and Microsoft.

The listing of Aramco, with its huge capital value, boosts the Saudi bourse – known as Tadawul – to the ranks of the world’s top 10.

But the scaled-down offering is still a far cry from the blockbuster originally planned by Prince Mohammed who had eyed a $2-trillion valuation.

The much-delayed stock sale, first announced in 2016, was initially expected to raise as much as $100 billion from the listing of up to 5% of the company.

The government’s plans to raise additional funds by listing on a major international market are also on hold.

The government is now trying to persuade wealthy families and institutions to buy Aramco shares after trading begins, in a last-ditch effort to reach the $2-trillion mark, the Financial Times reported on Tuesday, December 10.

The Saudi government itself has pumped in huge funds to boost the IPO, which was originally intended to raise external funding for the kingdom’s diversification plan.

Two-thirds of the shares were offered to institutional investors. Saudi government bodies accounted for 13.2% of the institutional tranche, investing around $2.3 billion, according to lead IPO manager Samba Capital.

“It’s likely that we will see Aramco bid up to $2 trillion or higher in the first days of trading, and potentially to trade limit up on the first day,” Zachary Cefaratti, chief executive officer at Dalma Capital Management – which bought shares in the IPO – told Bloomberg News.

The IPO is a crucial part of Prince Mohammed’s plan to wean the economy away from oil by pumping funds into megaprojects and non-energy industries such as tourism and entertainment.

But skeptics say the proceeds will barely cover the kingdom’s budget deficit for a year.

The IPO was heavily focused on Saudi and other Gulf traders. International investors have remained skeptical about the secretive company’s targeted valuation.

The market debut also comes with oil prices under pressure due to a sluggish global economy hit by the United States-China trade war and record output by non-OPEC crude exporters. – Rappler.com