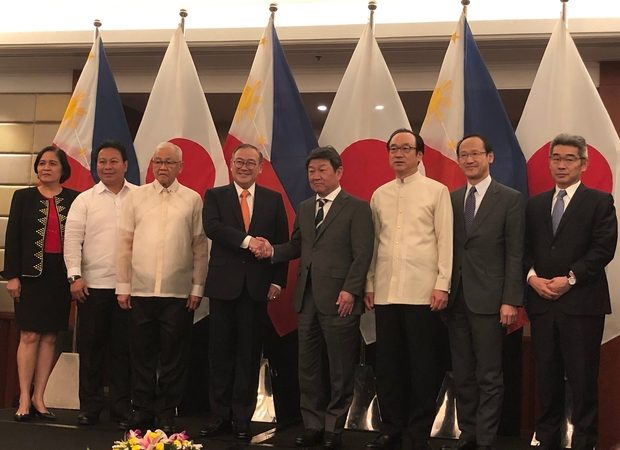 MANILA, Philippines – The Philippines and Japan on Thursday, January 9, exchanged diplomatic notes that would allow additional Japanese aid for the strengthening of two bridges in Metro Manila against earthquakes.

The exchange of notes saw Japan, through the Japan International Cooperation Agency, pledge to commit an additional ¥4.4 billion or some P2 billion to reinforce the Lambingan Bridge and Guadalupe Bridge.

“The project will reinforce our bridges, bringing them to superior seismic design specifications and making them resilient to large-scale tremors,” Locsin said.

According to the Department of Foreign Affairs, fresh funds will extend the implementation of the project by one year and 8 months, or until August 2023. Additional funds will go to construction technology to be applied onto Guadalupe Bridge, temporary detour bridges in Guadalupe, and labor costs, among others.

The second phase of the project builds on the original loan agreement amounting to ¥9.783 billion or about P4.5 billion signed in August 2015.

After the exchange of notes, Motegi expressed his condolences with victims of the series of strong earthquakes that struck parts of Luzon in September 2019, as well as the provinces of Cotabato and Davao del Sur in October and December 2019, respectively.

“Recently, several large-scale earthquakes struck various places in the Philippines, such as Manila and Mindanao. I wish to express my heartfelt condolences to those who have lost their lives, the victims, and their families,” Motegi said.

“Japan wishes to cooperate by leveraging on our knowledge in responding to natural disasters which is a common challenge for both our countries,” he added.

Both the Philippines and Japan are located in the Pacific “Ring of Fire,” which is prone to earthquakes and volcanic eruptions. – Rappler.com