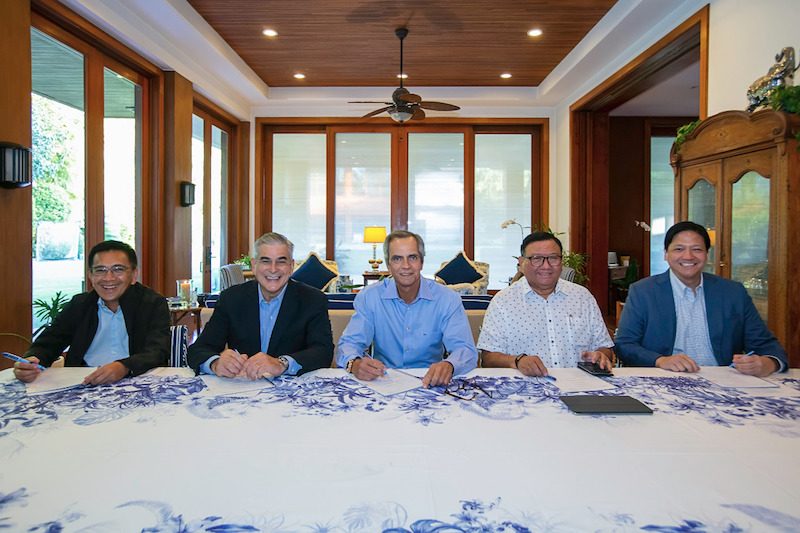 MANILA, Philippines – Enrique Razon Jr’s Prime Metroline Holdings Incorporated signed a subscription agreement with Ayala-led Manila Water for the acquisition of 820 million common shares of the latter or a 25% stake in the company.

In a disclosure to the Philippine Stock Exchange (PSE) on Monday, February 3, Manila Water said the gaming and ports tycoon bought the shares at P13 apiece or a total of P10.7 billion.

Manila Water said the placement in additional equity capital will strengthen the “company’s balance sheet and allow it to be more agile to pursue its long-term strategic initiatives.”

Ayala remains a shareholder with a 38.6% stake.

“Across all our partnerships, Ayala values the complementary strengths and expertise that we can leverage off a team-based approach, which has been a hallmark of our many joint undertakings with both local and international groups. Both Ayala and Mr Razon share a deep commitment to contributing to the country’s water infrastructure development,” Ayala chairman and chief executive officer Jaime Augusto Zobel de Ayala said.

The Ayalas and Razon previously teamed up for the development of the Wawa Dam in Rizal province.

“We are excited to enter into this partnership with the Ayala group. We will dedicate our efforts to further develop this unique business both here in the Philippines and abroad,” Razon said.

“We are confident that our collective experience, technical capabilities, and corporate synergies will be of great benefit to Manila Water, the people it serves, and its other stakeholders.” – Rappler.com