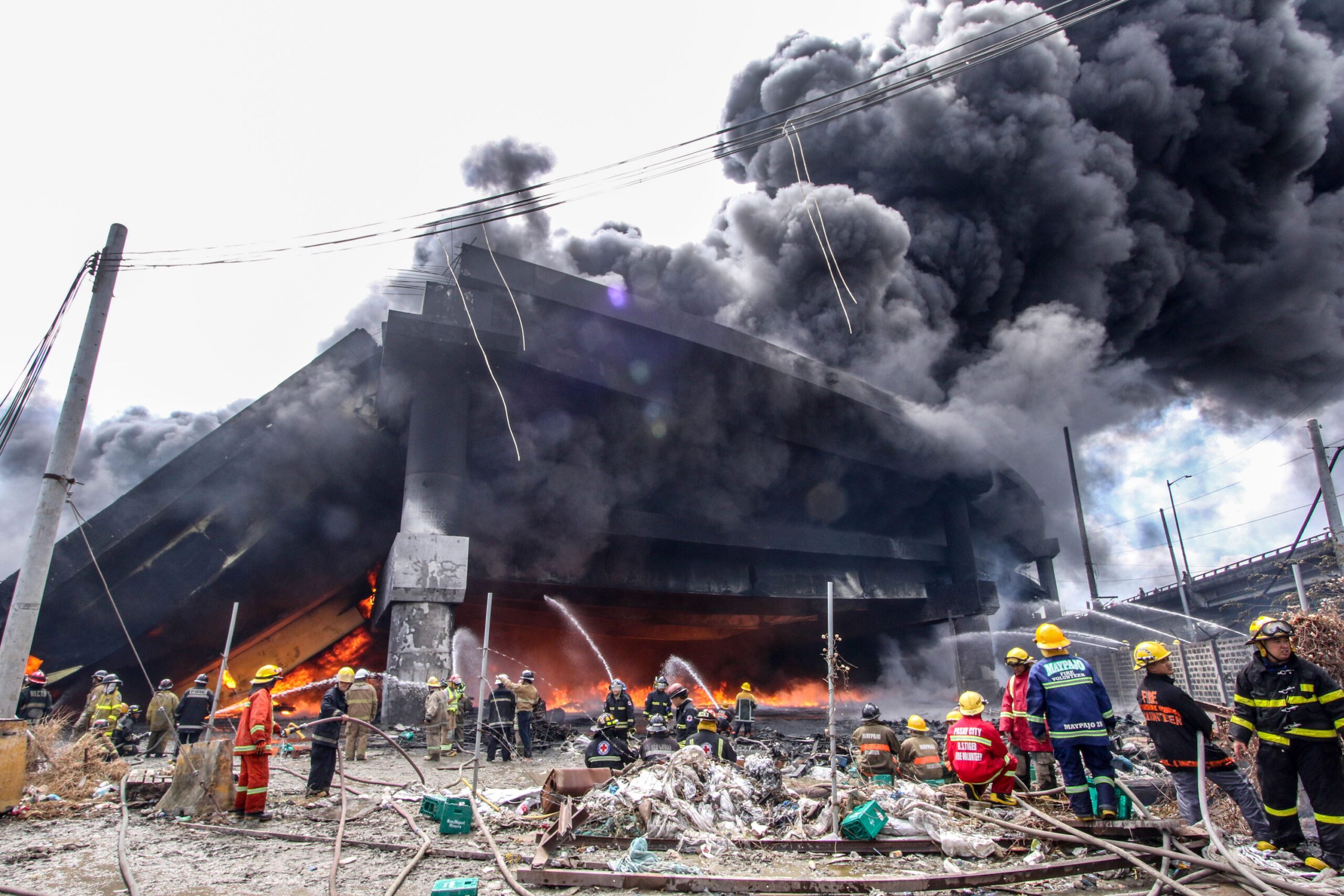 Facebook Twitter Copy URL
Copied
(UPDATED) The target opening of the Skyway Stage 3 is moved to July from the initial schedule of April, since a portion of it collapsed in the Pandacan fire

MANILA, Philippines (UPDATED) – After a fire destroyed a portion of the unfinished Skyway Stage 3, San Miguel Corporation (SMC) is set to conduct 24/7 construction to reach the new target opening of July 2020.

“We are saddened by this unfortunate incident mainly because it will delay a vital infrastructure project that would have alleviated traffic woes of our motorists sooner,” said SMC president and chief operating officer Ramon Ang in a statement on Monday, February 3.

To compensate, Ang said 24/7 construction will be conducted to complete the project in 5 months or by July, a 3-month delay from the original target. The P37.4-billion elevated road was initially expected to open by April 1.

The project stretches from Gil Puyat Avenue in Makati City through San Juan City, Manila, and Quezon City, up to the North Luzon Expressway. It aims to cut travel time from Buendia to Balintawak to only 15 minutes.

Upon initial investigation, SMC said the fire was a freak accident which may have come from the DMCI construction yard and spread to the plastics warehouse.

While the conglomerate earlier thought of using its Pandacan property as an integrated transport and food terminal, it said it eventually decided to relocate its facilities in consideration of the Skyway and other future projects.

The burnt warehouse, SMC said, had been in the process of being relocated.

“This incident is a reminder to all of us that right-of-way for all our infrastructure projects should be clear of fire hazards. We call on the Department of Public Works and Highways to continue to strictly enforce this to avoid similar incidents from happening,” Ang said.

According to SMC, other companies still have oil or gas storage facilities in the Pandacan area, which used to be a depot for various oil firms.

In a statement on Tuesday, February 4, DMCI denied that the fire might have originated from its construction yard.

“The massive fire that occurred last Saturday in Pandacan, Manila did not originate from the construction yard of D.M. Consunji, Inc. Videos taken by various netizens clearly show that the fire started outside our work area,” DMCI said in a statement.

“In addition, according to the Bureau of Fire Protection, the fire broke out at around 10:38 am or more than 30 minutes before the warehouse inside our construction yard caught fire at around 11:15 am,” it added.

DMCI said it would cooperate in the investigation on the cause of the fire.  – with reports from Loreben Tuquero/Rappler.com