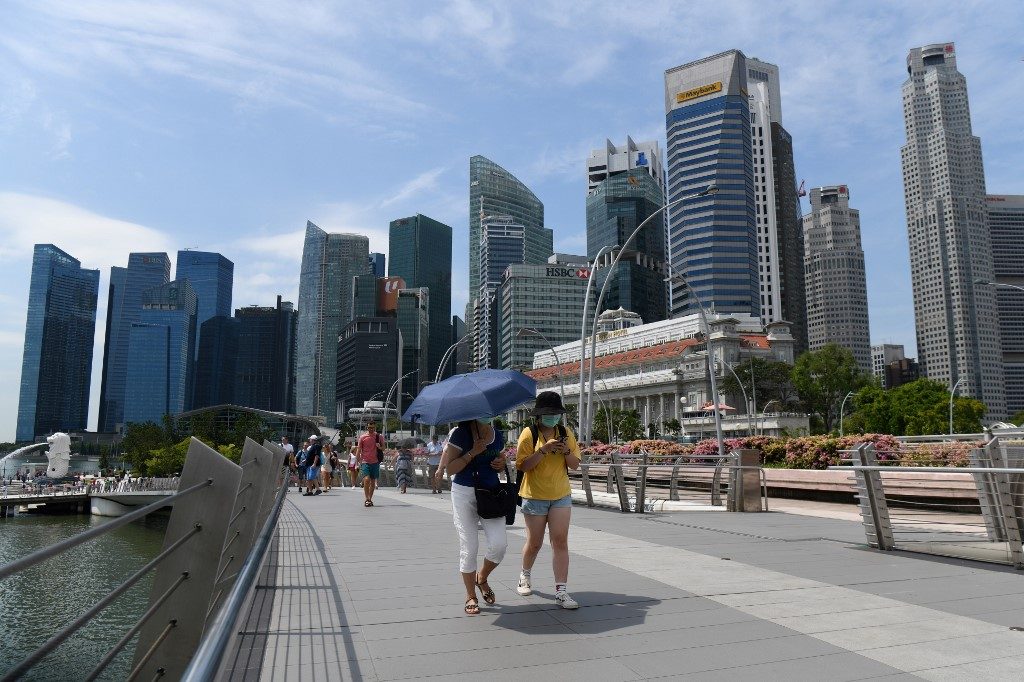 Facebook Twitter Copy URL
Copied
Tourism and trade are both expected to be hard hit by the novel coronavirus in Singapore, an open economy with close links to China

SINGAPORE – Singapore unveiled US$4.6 billion in financial packages on Tuesday, February 18, to deal with the impact of the deadly coronavirus outbreak, which has battered the city-state’s economy and sparked fears of a recession.

The financial hub has reported 77 cases of the virus, one of the highest figures outside mainland China, where the pathogen has killed over 1,800 and infected tens of thousands. (READ: Filipinos told to stay calm amid coronavirus ‘code orange’ in Singapore)

Tourism and trade are both expected to be hard hit by the virus in Singapore, an open economy with close links to China that is badly affected during any global shock.

Finance Minister Heng Swee Keat announced financial packages worth a total of Sg$6.4 billion (US$4.6 billion) as part of the annual budget, and warned that the full impact of the outbreak is yet to be felt.

“The duration and severity of this outbreak and the impact on the global economy are still unclear,” he said.

“We must be prepared…. The economic impact may be worse than we projected.”

Sg$5.6 billion was earmarked to help companies and families ride out the looming slowdown, with a large chunk set to go to firms in the most affected sectors including aviation, tourism, and retail.

There was also money to help families, which will come in the form of cash payouts and grocery vouchers for the needy. (READ: Panic buying hits Singapore after virus alert raised)

An additional Sg$800 million was set aside to support virus-fighting efforts, with most going to the health ministry.

The packages would result in an overall budget deficit of Sg$10.9 billion, Heng said, but added that the government had enough surpluses to fund it.

Authorities had rolled out a financial package totaling Sg$230 million during the Severe Acute Respiratory Syndrome (SARS) outbreak in 2002-2003.

The trade ministry said Monday, February 17, that growth this year could be between -0.5% and 1.5%, with analysts saying this means there is a higher risk of a recession.

Singapore has banned travelers from mainland China, the city’s biggest source of tourists. (READ: From Singapore to UK via the Alps: How one man spread coronavirus)

Global supply chains have also been severely disrupted after the virus closed manufacturing operations in China, impacting export-dependent economies such as Singapore. – Rappler.com