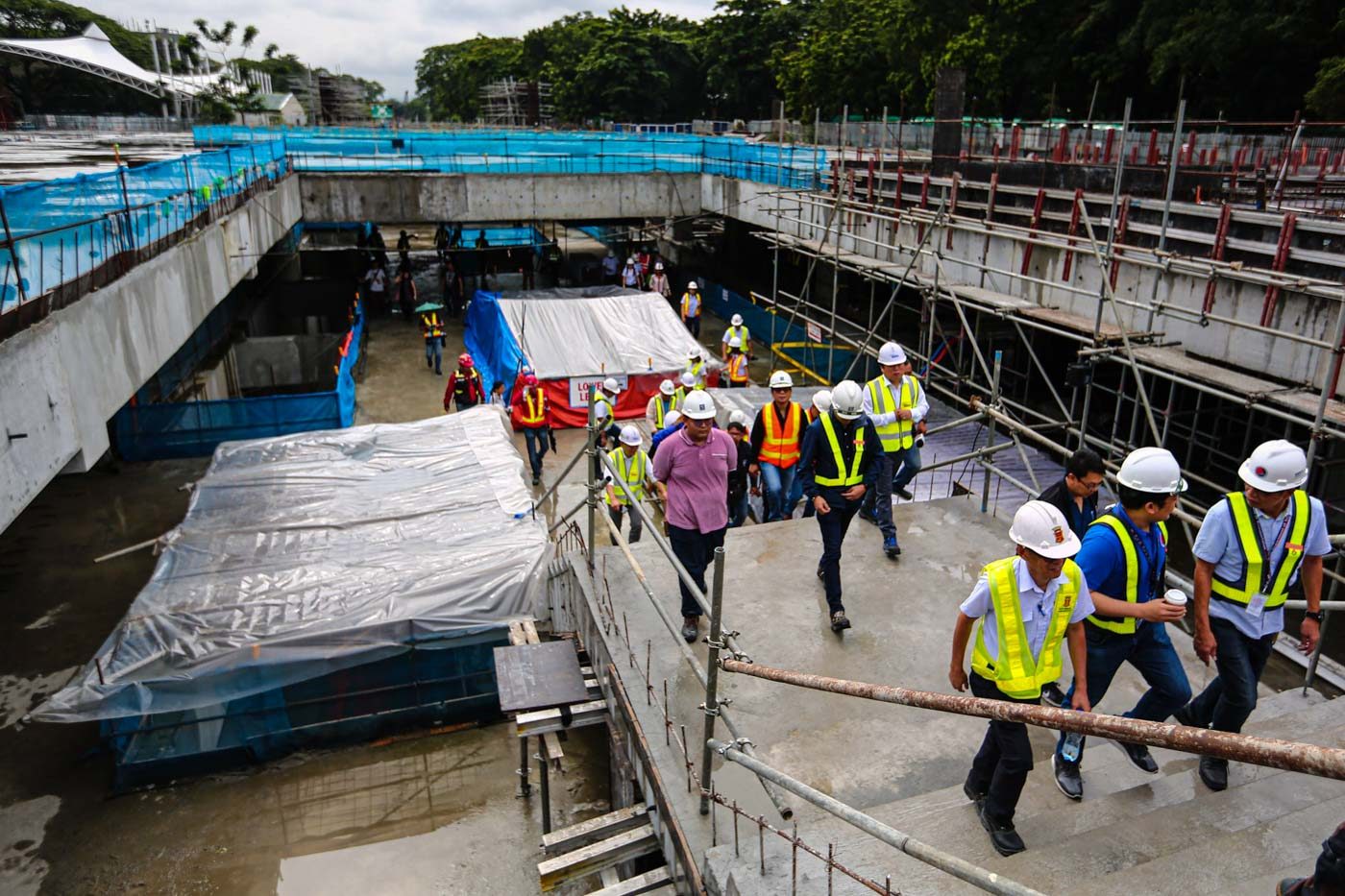 The cease and desist order was issued last February 18 due to the planned station’s potential impact on the site’s national park status. The initial design was approved as far back as the term of former Quezon City mayor Herbert Bautista.

“We thank EEI and SMC for taking into consideration the concerns of the people of Quezon City, who consider the park and the pylon the most important landmarks of the city, by taking steps to adjust the design and reduce the height of the station, thereby preserving the park’s integrity. This is truly a win-win solution,” Belmonte said.

The proposed redesign will allow the symbolic pylon of the Quezon Memorial Circle to remain in full view.

The 14-station MRT7 will run for 23 kilometers from North Avenue in Quezon City to San Jose del Monte City in Bulacan. It aims to reduce travel time from Manila to Bulacan from two hours to just 34 minutes.

(Currently, we are almost 55% complete. All of the trains and railroad cars are completed. We have tested them and they are ready to be shipped from South Korea. We will see that the viaducts are almost finished and the stations are nearing completion.) – Rappler.com