Can the Fed protect U.S. economy against virus impact? 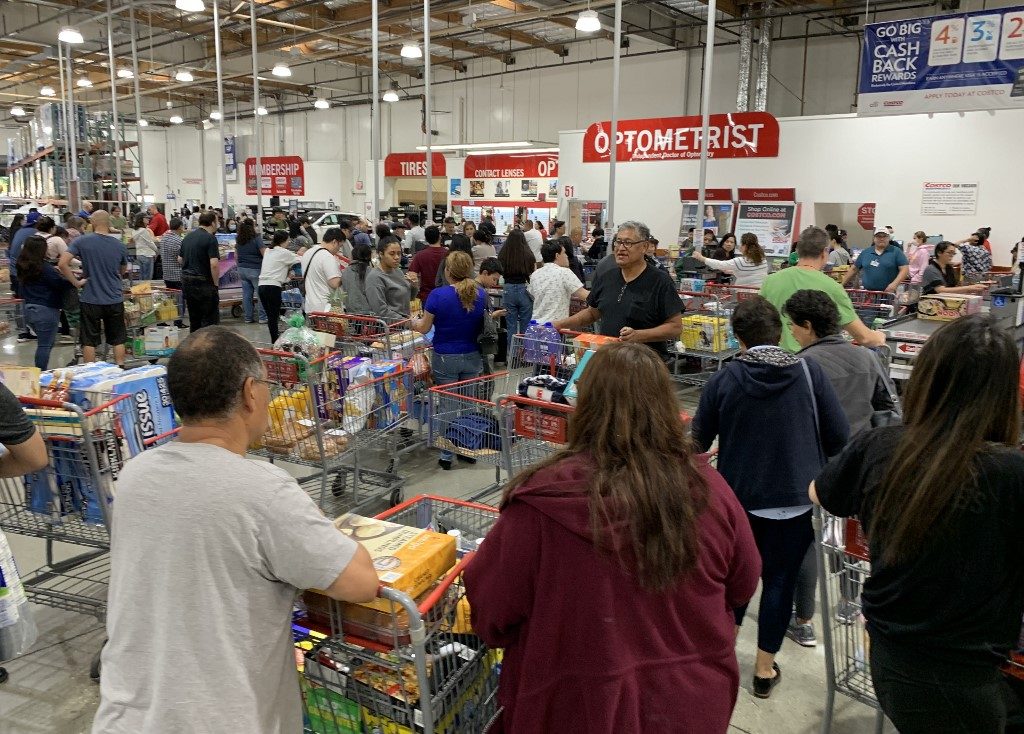 WASHINGTON, USA – The United States Federal Reserve stands ready to take action to counter the risks posed by the novel coronavirus crisis, the central bank’s chairman Jerome Powell said Friday, February 28, while insisting that the US economy remains in a good position.

The rare unscheduled formal statement, released as concerns mount that the virus’ worldwide spread could derail global growth, seems to rule out an emergency interest rate cut over the weekend, but is a sign President Donald Trump may soon get what he has been demanding: lower borrowing rates.

Repeating his message of recent weeks, Powell said: “The fundamentals of the US economy remain strong.”

But faced with plunging stock markets as Wall Street suffers its worst week since the 2008 global financial crisis, he acknowledged that the coronavirus “poses evolving risks to economic activity.”

The Fed is “closely monitoring developments and their implications for the economic outlook,” Powell said. “We will use our tools and act as appropriate to support the economy.”

Amid the growing but still uncertain impacts of the COVID-19 outbreak on the world’s largest economy, markets are betting on as many as two interest rate cuts in 2020; a short while ago, there were none on the horizon.

Trump, who is seeking reelection this year and is counting on a strong economy, has regularly attacked the Fed and Powell, demanding lower rates.

“I hope they get involved soon,” he told reporters, adding: “I’m not a big fan of the Fed. I think they make a lot of mistakes.”

He has acknowledged the epidemic will likely prevent US growth from reaching 3% in 2020, as he had promised, but on Friday said the stock markets will recover if he is reelected.

“You’ll see a rise in the stock market like you haven’t seen before.”

The Fed cut the benchmark lending rate 3 times last year, leveling out at a range of 1.5% to 1.75%, and since December had been saying the economy was in a good place and it would take a “material change” to the outlook for the central bank to move again.

The outbreak of the new coronavirus, which accelerated this week, could be a game-changer, even though Trump has contradicted experts by saying “the risk to the American people remains very low.”

Health officials have confirmed only 15 cases in the United States so far – just 3 of which are not related to travel – but warned that a wider outbreak is inevitable.

More than 84,000 people have been infected with the virus worldwide, and over 2,800 have died, according to data from official sources compiled by Agence France-Presse.

And St Louis Fed President James Bullard said Friday a rate cut is “a possibility” if the epidemic becomes a pandemic, but “that’s not the baseline case.”

Former Fed board member Kevin Warsh argued for emergency action by major central banks as soon as this weekend, but such a dramatic move appears unlikely.

But European Central Bank chief Christine Lagarde has downplayed the chances of imminent action, telling the Financial Times the epidemic was not yet at the stage where it would have a lasting economic impact.

“But we are certainly not at that point yet,” she said.

Would lower interest rates inoculate the US economy against a downturn?

Central banks including the Fed slashed rates to zero at the start of the 2008 financial crisis, but Warsh said they should have acted more quickly, which is why he is now calling for an immediate emergency rate cut.

Economist James Grant said the intense focus on the Fed is a kind of “magical thinking,” since the US central bank cannot reopen factories or provide spare parts from China.

A rate cut “would provide a little bit of support to consumer spending and to the US economy and to financial markets,” Yellen said this week.

But with interest rates already low, the Fed has little room to maneuver to support growth in the event of an economic slowdown.

“The worry I have is that Mr. Powell will panic again and use up the last of his key weapon, lower interest rates,” economist Joel Naroff said in an analysis. – Rappler.com