Global economy wavers as world comes to standstill amid epidemic 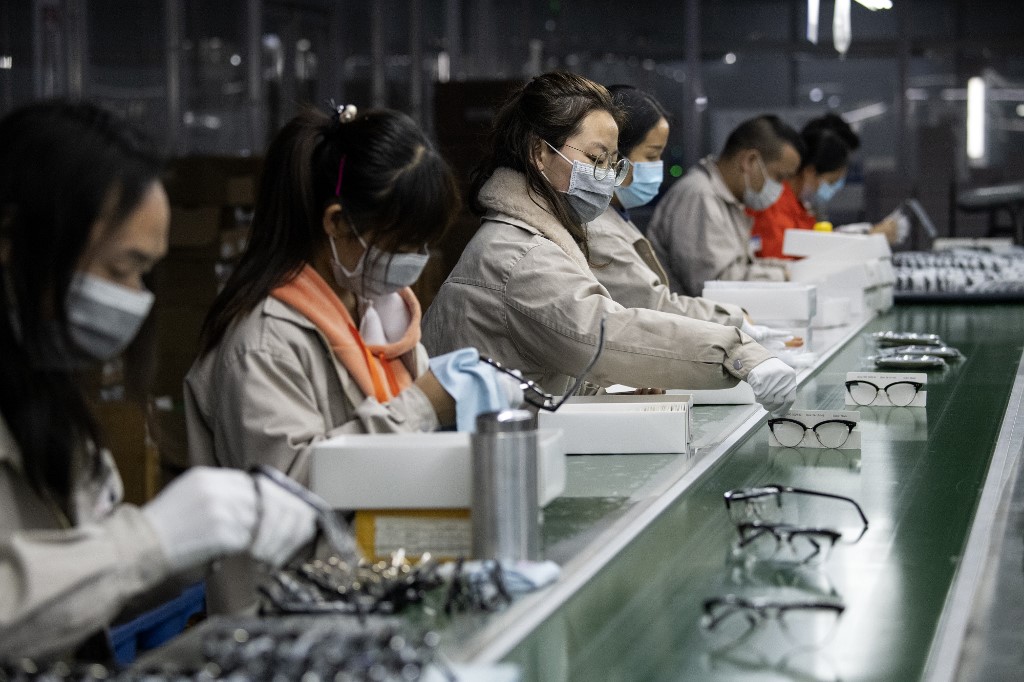 WASHINGTON, USA – The world is coming to a standstill as the new coronavirus spreads: schools have closed in Japan, rallies are banned in Switzerland, and flights are canceled worldwide.

That is putting the global economy at the greatest risk of recession since the 2008 financial crisis.

“With the partial exception of the Black Death in 14th century Europe, every major pandemic has been followed by an economic recession,” said Professor Robert Dingwall, researcher at the University of Nottingham Trent in England.

“I don’t think there is any good reason to think it would be different this time.”

Long before the outbreak, the World Bank cautioned that the global economy was “fragile” and beset by risks, and even the expected slow growth could falter if one of the risks materialized.

Economists warn the coronavirus could provide just such a shock, especially since despite the emergency measures to try to contain the COVID-19 outbreak, it has been expanding daily, moving outwards from central China where it erupted in December.

As of January, production plants had been shut down in China and entire cities confined. Saudi Arabia has stopped pilgrims from traveling to Mecca, and on Friday, February 28, the iconic Baselworld watch fair was canceled, as was the Geneva auto show.

Football matches are played without spectators and behind closed doors in Italy, while uncertainty hangs over the Olympic Games set to open in Tokyo in July.

Over 84,000 people have been infected with the virus worldwide, and 2,800 have died, according to data from official sources compiled by Agence France-Presse (AFP).

All eyes are now on the United States. Though largely unscathed so far, health officials say an outbreak is inevitable.

If excess caution takes hold in the world’s largest economy, especially among American consumers, it could be a fatal blow to growth.

As President Donald Trump blamed the media for exaggerating the danger, others worried about the real impacts.

If there is an outbreak, “the reaction is likely to be extreme,” said Gregory Daco, chief economist of Oxford Economics.

“It would have a very, very negative impact. The economy would fall into recession immediately,” he told AFP.

And in this crisis, the financial markets “accelerate the feeling of panic.” Wall Street ended the week with losses not seen since the 2008 global financial crisis. (READ: Can the Fed protect U.S. economy against virus impact?)

Beyond shuttering production, closings schools, or forcing employees to telework, consumption, which accounts for two-thirds of the US economy, would come to a screeching halt.

While officials have confirmed only 15 cases in the United States – just 3 of which are not related to travel – anxiety about the illness is apparent: in Washington, people are reluctant to shake hands during conferences, subway users eye their coughing neighbors, and Americans are postponing their travel.

And if the US economy sneezes, the world will catch a cold.

The International Monetary Fund (IMF) already lowered its global growth forecast for 2020, taking into account the impact on China, the world’s second largest economy, but that was before the contagion spread to the rest of the world.

The fund is still deciding what to do about the spring meetings of the IMF and World Bank, the semi-annual gathering of officials.

The meetings draw thousands of participants from all over the world, but it seems unlikely they will be held in their usual format in Washington.

Faced with “an obvious economic hit to both production and consumption…we need clear, confident, and unified professional and political leadership,” Dingwall said.

However, that is “always difficult to achieve in a country where responsibility for public health is as decentralized as it is in the US.”

And the British researcher cautions it is hard to manage public fear in the “raucous” US political atmosphere.

Barry Glassner, a retired American sociologist and author of the book The Culture of Fear, stressed that “nations and individuals need to take precautions, and among those should be counteracting fear.”

Fears about the epidemic are “spreading at least as fast as is the virus itself and is potentially more dangerous,” which could lead to less rational responses and behavior.

Rosemary Taylor, a professor at Tufts University who is an expert in epidemics, said minimizing the threat risks failing to prepare the public.

“I think the potential threat at the moment is not that the US is instituting draconian measures, but that is it is doing too little.” – Rappler.com