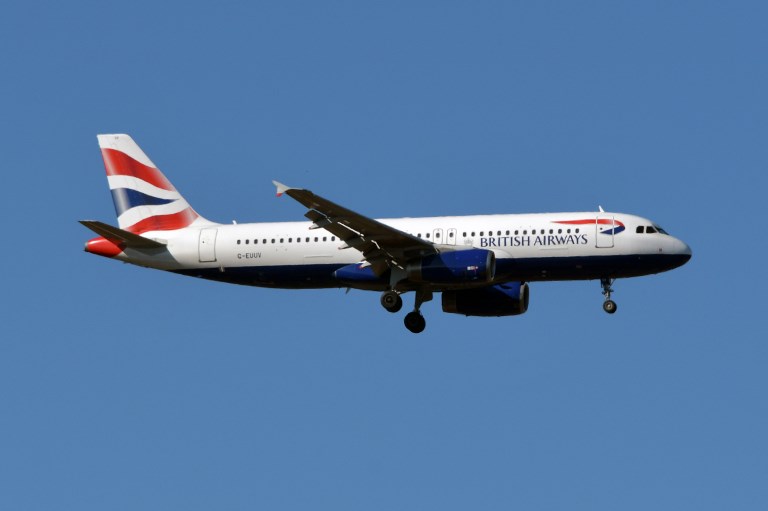 BA, which is owned by International Airlines Group, said it would cancel some 216 flights to various countries as a result of weaker demand sapped by the spread of COVID-19 disease.

The International Civil Aviation Organization said the virus outbreak –  which has hit Italy the hardest in Europe – could mean a $4-billion to $5-billion drop in worldwide airline revenue.

“To match reduced demand due to the continuing coronavirus issue, we are merging a number of flights between March 16 and March 28,” BA said in a statement.

“We will be contacting customers on canceled flights so we can discuss their travel options, including rebooking onto other carriers where possible, full refunds, or booking with BA for a later date of travel.”

The canceled flights include 12 from London Heathrow to New York’s JFK airport, plus 204 short-haul round-trips, including to Albania, Austria, Belgium, Ireland, Italy, France, Germany, and Switzerland.

There was no word from parent group IAG about its other divisions which include Spain’s Iberia and Ireland’s Aer Lingus.

In a further development, Brazilian carrier Latam suspended flights between San Paolo and Milan from March 2 to April 16.

Separately, Irish no-frills airline Ryanair announced it would cut up to a quarter of its short-haul flights, particularly to Italy.

“Ryanair today notified passengers that it was reducing its short haul flight program mainly to and from Italy by up to 25% for a 3-week period from March 17,” it said.

“Over the past week, Ryanair has seen a significant drop in bookings over that late March/early April period, in response to the COVID-19 [disease].”

“There has also been a significant step up in passenger no-shows on flights, particularly from and within Italy,” it added.

Dublin-based Ryanair did not expect the cancellations to have a material impact on its current financial year to March 2020 but said it was “far too early to speculate” what the impact might be on 2021.

“Our focus at this time is on minimizing any risk to our people and our passengers,” noted Ryanair chief executive Michael O’Leary.

“It makes sense to selectively prune our schedule to and from those airports where travel has been most affected by the COVID-19 outbreak.”

Earlier Monday, Lufthansa extended cancellations on Iran and China routes until late April due to the spreading disease.

The group’s namesake carrier and subsidiaries Austrian and Swiss will not fly to and from mainland China until April 24, Lufthansa said in a statement. Tehran flights will be suspended until April 30.

The cuts are part of a wider scheme Lufthansa announced Friday, February 28, that will ground 23 long-haul aircraft and cut short- and medium-haul services by up to 25%.

Lufthansa said Monday it was reducing the frequency of flights between major German hubs Frankfurt and Munich and Seoul and Hong Kong.

The group is also reducing frequency on routes to cities in Italy, including Rome, Venice, and Milan, with subsidiary Brussels Airlines affected alongside low-cost carrier Eurowings, Austrian, and Swiss.

It has also suspended new hires as part of its measures to cushion the business impact of the virus, which it added was “not yet possible to estimate.”

Ryanair predicted Monday that the outbreak would spark more European airline collapses in a sector already marked by fierce competition.

“We expect that this COVID-19 [disease] will result in further EU airline failures over the coming weeks,” Ryanair said while giving reassurances over the strength of its own balance sheet.

In northern Italy, 11 towns have been placed under quarantine due to coronavirus.

On Monday, the global death toll from the epidemic passed 3,000 as dozens more patients succumbed in China.

More than 90,000 people have now been infected around the world, mostly in China but with significant outbreaks also in South Korea, Italy, and Iran. – Rappler.com