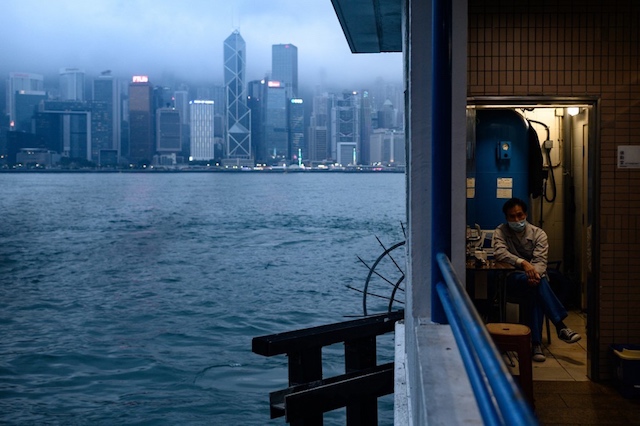 The Purchasing Managers’ Index (PMI) for the city’s economy plunged to its lowest mark since the gauge began, worse than the SARS outbreak in 2003 and the global financial crisis in 2007-2008.

Hong Kong’s economy is reeling from the United States-China trade war, pro-democracy protests last year, and now the coronavirus – a triple whammy that has created a situation Financial Secretary Paul Chan described as “exceptionally austere” as he delivered his annual budget last week.

Chan said the economy is facing “enormous challenges this year,” and predicted a range of 0.5% growth to a 1.5% contraction this year.

The PMI index fell to 33.1, dropping below the previous low in April 2003, according to IHS Markit, whose report added the PMI averaged 39.9 so far for the 1st quarter.

The gauge has been below the 50 level that divides expansion and contraction since April 2018, though it had risen in December and January.

Markit surveys around 400 private-sector companies in Hong Kong across manufacturing, construction, wholesale, retail, and services to generate the index. The survey responses are collected in the 2nd half of each month.

“The latest PMI flashed red warning lights on the dire private-sector conditions across Hong Kong in February amid the coronavirus outbreak, with the headline index plunging to an unprecedented level since the survey started in July 1998,” Bernard Aw, principal economist with IHS Markit, said in the report.

“The average PMI so far for the 1st quarter of 2020 points to a deepening recession, raising the urgency for policy support.”

The figures come just days after China’s PMI was at 35.7 points in February, well below the 50-point mark that separates growth and contraction every month.

This was down from 50 points in January and the worst level since China began recording the figure in 2005.

It was also nowhere near expectations of a smaller contraction, at 45, according to a Bloomberg poll of analysts. – Rappler.com