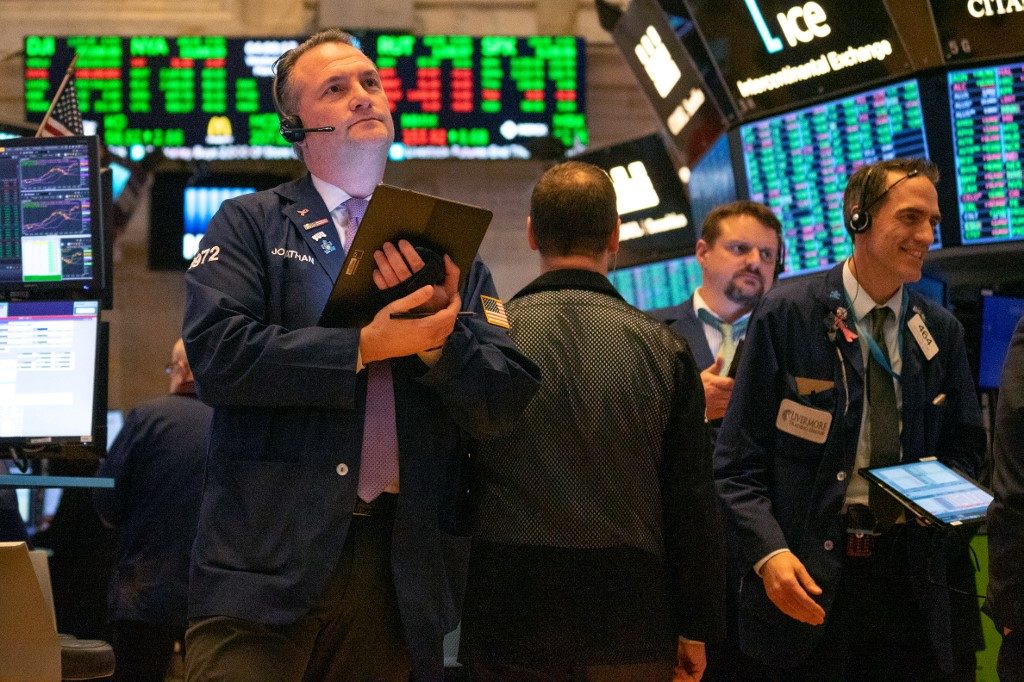 Biden’s success in the Super Tuesday contests transformed the landscape in the Democratic battle for the right to take on President Donald Trump, establishing the former vice president as a major rival to leftist Bernie Sanders, who has worried investors.

The Dow finished up nearly 1,200 points or 4.5% at 27,090.86, bouncing back from  the rout on Tuesday, March 3, after an emergency interest rate cut announcement by the Federal Reserve fell flat with markets.

Major European indices climbed more than 1%, boosted in part by anticipation that the European Central Bank also will take steps to provide stimulus.

As the new coronavirus continued to spread, Italy on Wednesday announced it was closing all schools and Israel moved to tighten travel restrictions on 5 more European nations.

The death toll currently stands at more than 3,200 and a growing list of trade shows and public events have been postponed or canceled as economists slash their outlook for 2020.

US data thus far has not shown significant weakness due to the coronavirus, although each day has brought new confirmed cases in the country and a Fed survey showed widespread signs of disruptions to manufacturing and transport, with fears that the worst is ahead.

Investors are looking ahead to the government jobs report on Friday, March 6.

Markets on Wednesday focused on election results from Tuesday in which former vice president Biden reestablished himself as a frontrunner, winning at least 9 and possibly 10 of the nomination contests held across 14 states.

Investors have been unnerved by the rise of Sanders, who favors hefty taxes on wealth and a radical remake of the US health care system.

The issue is not whether Biden can beat Trump, but that “the market sees a less worrisome option unfolding on the Democratic side, which, for now anyway, qualifies as a catalyst for a little political relief rally,” said Briefing.com analyst Patrick O’Hare.

While stock gains were broad-based, health insurers were especially buoyant on expectations that Biden would seek more modest changes to the health care market in comparison with Sanders, who has sharply criticized insurers.

Seoul surged more than 2% as South Korea – the worst virus-hit country outside China – reported a sharp drop in new cases, and the government planned a $10-billion stimulus budget.

Hong Kong fell 0.2% after a gauge of manufacturing, construction, wholesale, retail, and services activity in the city fell in February to its lowest level since records were first compiled in mid-1998. – Rappler.com