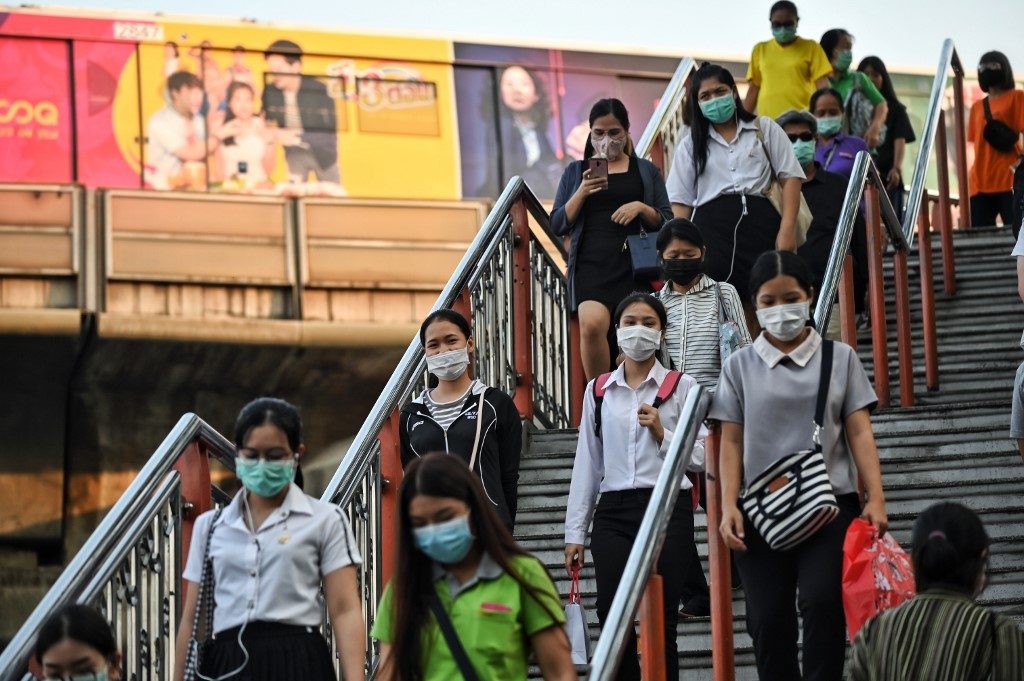 Facebook Twitter Copy URL
Copied
S&P Global Ratings expects the Asia-Pacific region to grow 4% in 2020, which would be the worst performance since a contraction in 2008 caused by the global financial crisis

HONG KONG – The coronavirus could wipe more than $200 billion off Asia-Pacific economies this year, S&P Global Ratings warned Friday, March 6, sending growth to its lowest level in more than a decade, as governments struggle to combat the disease.

In a worst-case scenario, China could see growth of less than 3%, while Japan, Australia, and Hong Kong could “flirt with recession,” it said in a report.

Fears about the impact of the outbreak, which has spread to at least 85 countries since it began in China in late December, have hammered world markets as investors fret over its economic impact.

S&P said it expected the region to grow 4% this year as supply and demand shocks blow a $211-billion hole in the economy. That compares with a 4.8% estimate given in December and would be the worst performance since a contraction in 2008 caused by the global financial crisis. (READ: Chinese virus-related slump to slash $50 billion in global exports – U.N.)

“Asia-Pacific’s outlook has darkened due to the global spread of the coronavirus,” it said. “This will exert domestic supply-and-demand shocks in Japan and Korea. It will mean weaker external demand from the US and Europe.”

The report said economies were suffering from the double-whammy of weak demand as consumers stay home for fear of catching the disease, and falling supplies as industries are rocked by shutdowns.

It saw China’s economy – which was already stuttering before the crisis struck – expanding 4.8% this year, which would be the worst in 3 decades.

However, it added that in the worst case, which “assumes localized reinfections as people return to work and the reimposition of some restrictions on activity” growth could crash to just 2.9%.

Hong Kong, which suffered its first recession last year since 2008, was tipped to shrink further.

The city, along with Singapore, Thailand, and Vietnam would be the hardest hit, with tourism – which has been battered globally – accounting for around 10% of growth on average. (READ: ‘A mess’: Coronavirus economic impact on Philippines worse than projected)

“A U-shaped recovery is likely to be delayed until the 3rd quarter if signs emerge by the 2nd quarter that the virus is globally contained,” the report said.

“We assume that the coronavirus will not permanently impair the labor force, the capital stock, or productivity – hence, the region’s economies should be employing as many people and producing as much output by the end of 2021 as it would have done in the absence of the virus.”

Also on Friday, the Asian Development Bank said it saw China taking a $103-billion hit, or 0.8-percentage-point hit to gross domestic product, while losses could hit $22 billion – or 0.2 percentage points – for other developing economies in the region.

“The magnitude of the economic losses will depend on how the outbreak evolves, which remains highly uncertain,” the bank said in a statement. – Rappler.com