Mar 7, 2020 3:30 PM PHT
Agence France-Presse
Facebook Twitter Copy URL
Copied
As the novel coronavirus spreads, here are some of the responses by monetary policymakers in North America, Asia, and Europe 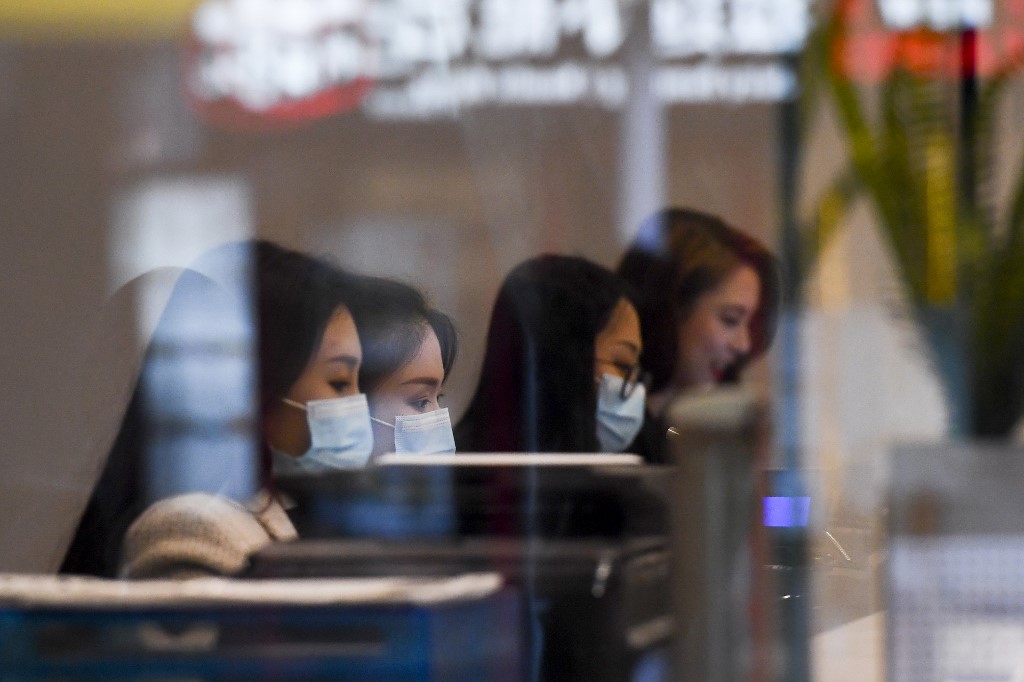 LONDON, United Kingdom – After a fortnight of carnage on global markets, Europe is under pressure to join the United States and Asia in drastic action on spending and interest rates to confront the coronavirus crisis.

Investors are looking to a meeting of the European Central Bank (ECB) next week for reassurance that monetary policymakers have a grip on the epidemic’s deepening impact on companies and the economy at large.

But an emergency rate cut this week by the US Federal Reserve did nothing to stem market losses. And analysts say there is a limit to what central banks can do after years of easy-money policies since the 2007-2008 financial crisis.

“To be blunt, no fiscal or monetary easing could have the same impact as a vaccine against COVID-19,” ING economists said in a note.

As governments also step up budgetary interventions following a G7 promise of action, Agence France-Presse surveys some of the policy responses around the world this week:

US lawmakers on Thursday, March 5, passed an $8.3-billion spending bill to combat the coronavirus, as the number of cases surged in the country’s northwest and deaths reached double figures.

The Fed’s policy-setting committee on Tuesday, March 3, slashed its key interest rate by a half point to a range of 1% to 1.25% – its first inter-meeting cut since late 2008.

The World Bank says it has $12 billion available to help countries respond to the threat, especially the poorest and least equipped nations.

The International Monetary Fund (IMF) is making $50 billion in aid available for such countries, warning that global growth could now slip below last year’s 2.9%.

The epidemic “is no longer a regional issue, it is a global problem calling for global response,” IMF chief Kristalina Georgieva said on Wednesday, March 4.

China, ground zero of the outbreak with more than 3,000 deaths, has cut interest rates and vowed a range of measures including tax cuts and more fiscal transfers from Beijing to virus-hit regions.

Hong Kong’s government is giving a handout of HK$10,000 (US$1,280) to every permanent resident, battling to overcome a recession brought on by months of popular protests and now exacerbated by the coronavirus outbreak.

The Bank of Japan, which meets later this month, issued a rare statement on Monday, March 2, assuring investors it would “strive to provide ample liquidity and ensure stability in financial markets.”

Indonesia, Singapore, South Korea, and Thailand are also looking at ploughing billions of dollars in extra stimulus into their export-driven economies.

Australia, heavily dependent on Chinese demand for its raw materials, has cut interest rates and is expected to roll out its own stimulus measures next week.

According to S&P Global Ratings, the epidemic could wipe more than $200 billion off Asia-Pacific economies this year.

Italy, the worst-hit country in Europe, is readying a spending splurge of 7.5 billion euros ($8.4 billion) after the outbreak all but shut down its industrial and financial heartland in the north.

Eurozone finance ministers have promised to use all available tools to support growth. Ahead of its meeting on Thursday, March 12, the ECB has said it stands ready to “take appropriate and targeted measures as necessary.”

Finance Minister Olaf Scholz has said Berlin “has the means” to unleash billions of euros in public spending, while Economy Minister Peter Altmaier raised the prospect of helping companies with tax relief. France is looking at similar relief for companies.

In its first budget since quitting the European Union, Britain on Wednesday, March 11, is expected to plough ahead with major spending plans for infrastructure despite the virus’ impact.

The Bank of England’s main interest rate already stands at a near rock-bottom 0.75%, but BoE Governor Mark Carney said it still has “a lot of ammunition” to tackle the epidemic. – Rappler.com