Mar 8, 2020 11:55 PM PHT
Agence France-Presse
Facebook Twitter Copy URL
Copied
All the 7 bourses in the Gulf close in the red on Sunday, March 8, amid a panic sell-off over fears that energy prices could collapse 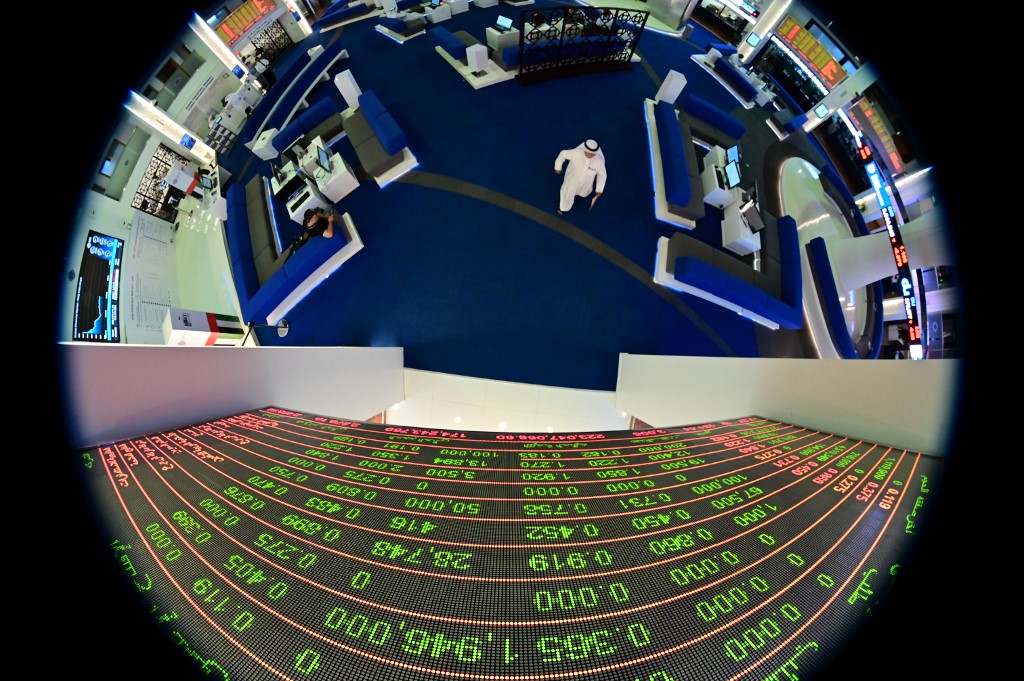 DUBAI, United Arab Emirates – Shares in the energy-dependent Gulf plunged to multi-year lows Sunday, March 8, after the failure of the Organization of the Petroleum Exporting Countries (OPEC) to agree on a coronavirus action plan prompted fears of an all-out oil price war.

OPEC and its allies failed to clinch a deal on production cuts that would have offered support to energy markets, sending prices tumbling to 4-year lows on Friday, March 6.

The OPEC+ meeting was expected to agree to deeper cuts of 1.5 million barrels per day to counter the effects of the novel coronavirus, but Moscow refused to tighten supply.

Fears of a price war were stoked as Saudi Arabia – the world’s top exporter – quickly responded by making significant cuts to its oil price.

All the 7 bourses in the Gulf were in the red amid a panic sell-off over fears that energy prices, the mainstay of public revenues in the region, could collapse.

The Saudi stock market, the largest in the region, dived by 8.3% at close on Sunday, the first day of the trading week. It was the lowest closing since November 2017.

Shares in oil giant Saudi Aramco dropped below their initial public offering (IPO) price of 32 riyals ($8.5) for the first time, losing some 9.1% to 30.00 riyals.

The world’s biggest company launched on the bourse to much fanfare in December in a record-breaking IPO, but since then its market value has slipped from the IPO value of $1.71 trillion to $1.6 trillion.

The slide on the Saudi market also came amid accounts of high-level arrests among the ruling family that sent shockwaves around economic circles in the region.

The Dubai Financial Market shed 7.9% to its worst closing in 6 years, while its sister market in Abu Dhabi fell 5.4% and Qatar Stock Exchange dropped 2.9%, the lowest since mid-2018.

Dubai’s market leader Emaar Properties, the largest real estate company in the Middle East, fell 9.7% to a price of 2.97 dirhams (81 cents), its lowest in 8 years.

The tiny markets of Bahrain and Oman dropped by 3.4% and 2.8%, respectively.

Bloomberg News reported on Sunday that Saudi Arabia had begun an all-out oil war after making the biggest cut in its oil prices in the last 20 years.

The Gulf powerhouse cut its price for April delivery by $4 to $6 a barrel to Asia and $7 to the United States, with Aramco selling its Arabian Light at an unprecedented $10.25 a barrel less than Brent to Europe, Bloomberg said.

“They will boost volumes (exports) and seek market share at all costs. Oil prices will collapse on Monday (March 9)” when global markets open, he predicted.

“The combination of higher oil production and lower demand due to the coronavirus makes that inevitable. It will be a bloodbath.”

The new developments are reminiscent of the oil price war that erupted in 2014 and sent oil prices crashing to less than $30 a barrel.

The price fall then battered revenues in the Gulf countries, forcing them to resort to austerity measures and borrowing to plug budget deficits. – Rappler.com