China allows some firms to resume work at virus epicenter 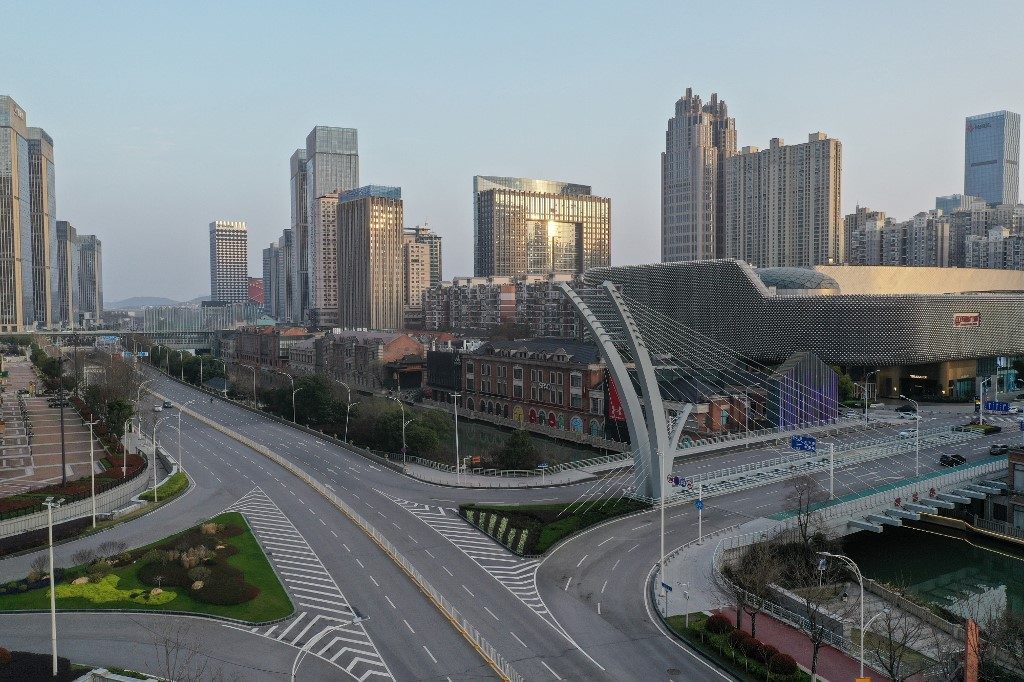 Facebook Twitter Copy URL
Copied
Wuhan businesses involved in providing daily necessities, prevention and control of the epidemic, or in the operations of public utilities are among those that can resume work immediately

BEIJING, China – Key companies can resume work in coronavirus-hit Wuhan, China announced Wednesday, March 11, in another sign authorities are confident they are winning the battle against the epidemic as they seek to revive the economy.

The decision came a day after President Xi Jinping paid his first visit to the capital of Hubei province since it was placed under lockdown in late January after the outbreak became a national emergency.

The number of daily new cases has fallen steadily in Wuhan in recent weeks, while all other cities in Hubei have reported zero fresh infections for several days in a row – prompting Xi to declare that the spread of the virus has been “basically curbed” in the province.

Hubei’s quarantine measures, along with temporary closures of factories across the country, caused China’s economy to come to a standstill but authorities have encouraged firms to resume work nationwide in recent weeks.

The Hubei provincial government said Wednesday that Wuhan businesses involved in providing daily necessities, prevention and control of the epidemic, or in the operations of public utilities are among those that can resume work and production immediately.

Wuhan firms that are key to “global industrial chains” may do so as well, after getting approval, the government added.

Other companies are expected to resume production only after March 20.

Japanese carmaker Honda said on Wednesday that some of its staff have started going to work in its Wuhan plant.

Honda has also begun production of a “small number of vehicles” while checking on its production equipment starting Wednesday.

Nissan, another Japanese automaker, told Agence France-Presse (AFP) its Xiangyang plant in Hubei province and Zhengzhou plant in the neighboring Henan province have “started preparations to restart operations this week.”

A spokesman from Wuhan-based Dongfeng Motor Corporation, one of China’s biggest auto groups, told AFP it is getting ready to resume working in Wuhan, but did not specify a time.

Similar rules apply to areas outside Wuhan that are considered high-risk, where companies involved in epidemic prevention, public utilities, and providing necessities are among those that may get back to work.

In areas considered medium or low risk, there is a broader range of companies allowed to start up again.

Passenger flights, trains, cars, ships, and city buses in middle and low-risk areas – moving within the province and excluding Wuhan – will “gradually resume operations” as well, although no timeframe was given.

But authorities said they will continue strict control measures on channels out of Wuhan and Hubei.

The announcement came a day after Hubei authorities loosened travel restrictions, allowing people from medium and low risk areas to move within the province if their health code is labeled “green.”

A mobile app will be used to give residents a colored health code. Green indicates holders have no contact with virus cases, while those with yellow codes have close contacts.

Confirmed or suspected cases will get a red code, and must be quarantined.

Authorities added in the latest statement on Wednesday that outside of Wuhan, a “point-to-point” system will be adopted to send employees back to work, and help those stranded in Hubei to return home.

Schools will continue to be suspended in Hubei.

Wuhan city has been on lockdown since January 23 as China scrambled to contain the spread of the deadly coronavirus, which has now killed over 3,100 and infected nearly 81,000 in the country.

Other cities in Hubei soon followed suit, placing a total of around 56 million people under quarantine. – Rappler.com