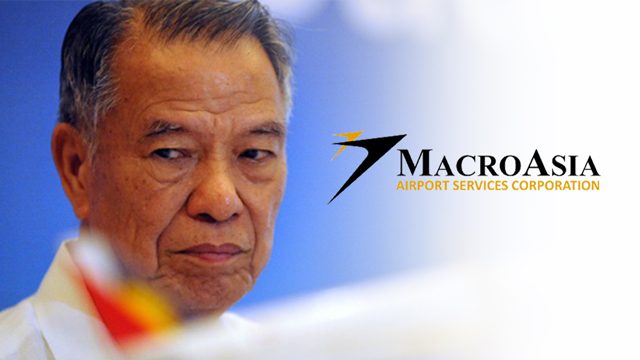 Facebook Twitter Copy URL
Copied
MacroAsia's executives also take a 10% pay cut to save jobs. A retrenchment program is being considered in the Lucio Tan-led firm as well.

MANILA, Philippines – Employees of Lucio Tan’s MacroAsia are taking unpaid leaves as the aviation sector continues to take a hard hit from the novel coronavirus.

In a letter to the Philippine Stock Exchange on Monday, March 16, MacroAsia said a “rotating voluntary no-work, no-pay schedule is being implemented on all pay grades” as the company loses revenues.

Top management is also taking a 10% pay cut to help save jobs affected by the diminished workload.

“For airport stations where volumes are down, variable labor (outsourced) are being discontinued on a temporary basis. With the recent pronouncement of the government on domestic travel ban, a retrenchment program on a LIFO-basis (last in, first out) is being considered as a last recourse,” MacroAsia said.

The company estimates a revenue downturn of around P867 million. MacroAsia said it is losing almost P300 million a month due to travel bans.

Operating expenses of the company are also being reduced as night-shift work is minimized.

“Utilities expenses, including rates, are being reviewed. Discounts for some recurring high-value, high-volume consumption items were sought from supplier-partners for a limited period,” MacroAsia said. – Rappler.com