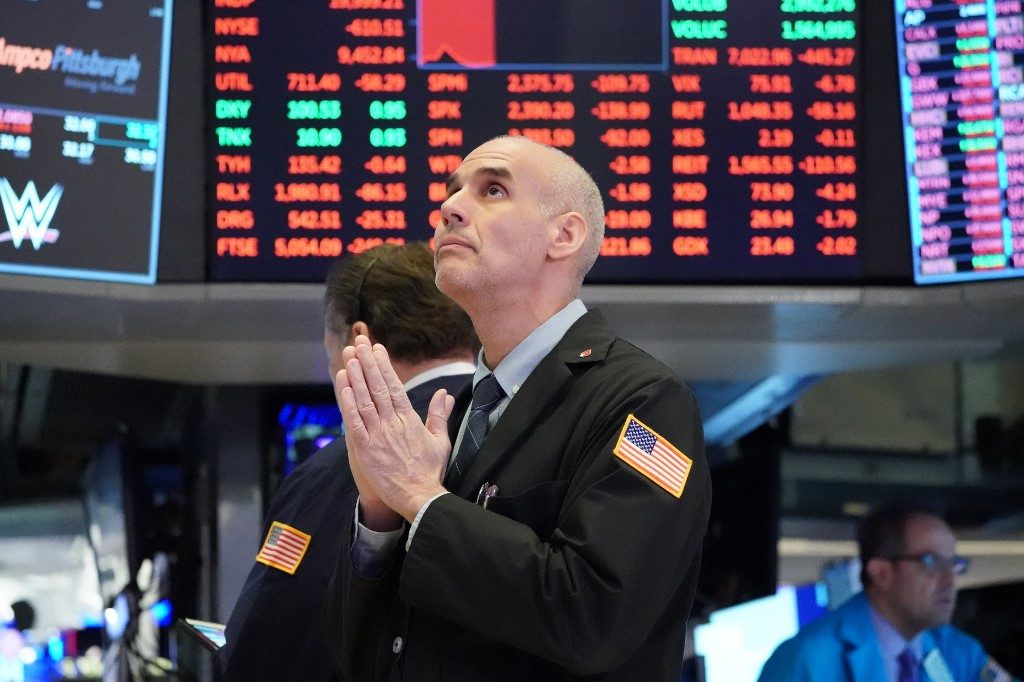 On Wall Street, the Dow Jones Industrial Average was hit by another brutal loss to finish below the 20,000-point level for the first time since 2017 despite authorities in the United States and elsewhere moving forward with more measures to prop up the economy.

In European trading, both Paris and Frankfurt slumped more than 5%, while London gave up 4%, following Asian markets lower.

“It is unclear what will calm investors’ concerns, if there is anything at all,” said market analyst Connor Campbell at Spreadex.

“Huge stimulus packages have already been announced, and no doubt there will be plenty more to come,” he added.

Officials in Washington are preparing a $1.3-trillion stimulus package that includes deferrals on tax payments and loans for small businesses pummeled by the economic shutdown as well as immediate cash payments to all Americans.

US President Donald Trump said at a midday briefing that the Department of Housing and Urban Development will provide relief to renters and homeowners by suspending all foreclosures and evictions until the end of April.

Canada came up with an aid package of Can$27 billion (US$19 billion) plus more in tax deferrals, and has also cut interest rates.

Yet most market commentators agree that the virus-wracked world economy will likely enter into recession – which means a minimum of two successive quarters of economic contraction.

“From what we see from the markets’ reaction, massive monetary and fiscal measures deployed are not thought to be enough to prevent economies from plunging into recession,” Swissquote Bank analyst Ipek Ozkardeskaya told Agence France-Presse.

A note from JPMorgan Chase projected US activity would shrink 14% in the 2nd quarter, while Europe’s output would plunge 22%.

“These outcomes are worse than were recorded during the global financial crisis or the European sovereign crisis,” the note said of the 2nd quarter.

The moves by governments followed central bank interest rate cuts and pledges to make cash available to stop financial markets from jamming up.

The dollar meanwhile rose across the board, including versus the Japanese yen which is usually seen as a safe haven investment in times of economic turbulence.

Sterling hit its lowest level since 1985 against the dollar after trading on equities markets closed for the day, crashing below $1.15 briefly. – Rappler.com