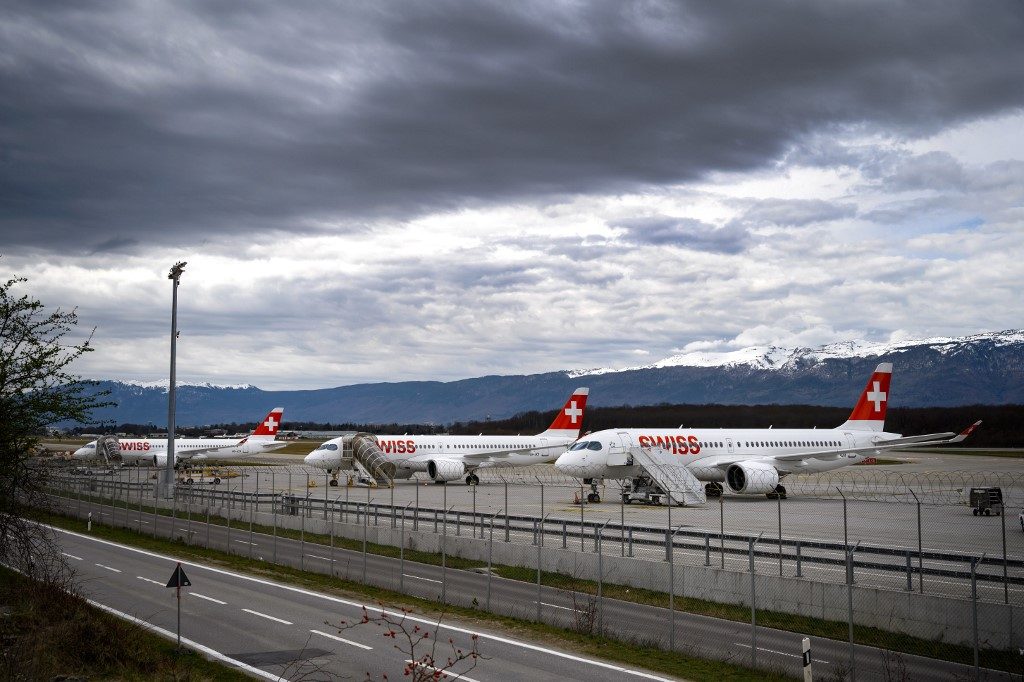 SYDNEY, Australia – Airlines worldwide face an unprecedented existential threat as the coronavirus shuts down global travel, leaving governments with controversial and costly decisions about which carriers to bail out.

A toxic mix of fear, crippling travel bans, and investor panic have pummeled the sector, with demand collapsing and carriers cutting flight capacity by up to 90%.

One troubled airline, Britain’s Flybe, has already gone to the wall and market analysts believe many more could follow.

“By the end of May 2020, most airlines in the world will be bankrupt,” market intelligence firm CAPA has warned.

Even before United States President Donald Trump effectively barred trans-Atlantic travel, the International Air Transport Association (IATA) estimated the crisis would cost the industry $113 billion, or nearly 20% of its revenue this year.

The true figure now looks like being much higher.

Brendan Sobie, an independent aviation analyst based in Singapore, said the global situation was “unprecedented.”

“You can compare it to things like SARS or the global financial crisis, but I think it goes beyond that. No one really knows how long it will last and what the full impact will be.”

Australian carrier Qantas has cut international flight capacity by 90% and domestic routes by 60%. Similarly, British Airways is slashing capacity by 75%.

Meanwhile, Dutch national airline KLM plans to cut up to 2,000 jobs, the chief executive officer of Delta Air Lines has seen his salary cut to zero, and Lufthansa suspended dividends.

In an internal memo, Malaysia Airlines admitted the company was already in a “critical situation” and urged staff to take voluntary unpaid leave.

“Many airlines are now at risk of going bankrupt and Malaysia Airlines is no different,” chief financial officer Boo Hui Yee wrote.

Against this bleak backdrop, previously hushed whispers about government bailouts have become panicked screams for help.

British airlines are said to have asked the government for more than $9 billion in support.

Trade group Airlines for America has called for a $50-billion bailout, more than triple the aid provided after the 9/11 attacks.

US Treasury Secretary Steven Mnuchin said the sector would come “top of the list” for relief.

But such substantial government help could prove deeply unpopular.

Many taxpayers are still bitter about Wall Street bailouts during the 2008 global financial crisis and a perceived “heads I win, tails you lose” corporate culture.

“The biggest US airlines spent 96% of free cash flow over the last decade to buy back shares of their own stock in order to boost executive bonuses and please wealthy investors,” complained former US labor secretary Robert Reich.

“Now, they expect taxpayers to bail them out to the tune of $50 billion. It’s the same old story.”

Airlines are already under the spotlight over their carbon emissions and sustainability.

And after years of shrinking legroom and charging for blankets, they frequently rank among consumers’ most hated companies.

With major western economies heading for recession, governments may also struggle to triage requests for assistance.

“Airlines might be at the top of the list for directed fiscal help, but virtually every global industry is facing pressure without a government bailout,” said Stephen Innes, a strategist at AxiCorp.

These companies are normally considered a vital strategic asset, underpinning tourism, trade, business contacts, and large manufacturers such as Boeing, Airbus, or Rolls-Royce.

In countries like Australia or South Africa – which has repeatedly bailed out South African Airways – flagship carriers are also seen as national champions, promoting the country in the world.

Repeated calls for rules to be loosened to encourage transborder mergers have been rebuffed on the grounds that foreign firms should not own such sensitive assets.

Airlines and airports are also large employers, accounting for around 4 million jobs worldwide and many tens of millions more in associated industries.

Staff have already taken a hit with reduced hours and the threat of job cuts.

One Cathay Dragon flight attendant based in Hong Kong, who asked not to be named, told Agence France-Presse he had not been on duty since February 6 and faced another couple of weeks off at the very least.

He has lost 60% to 70% of his normal monthly income and is relying on savings, in one of the world’s most expensive cities.

For consumers, there could be big changes in store when the coronavirus restrictions lift.

For the brave, there are some deals to be had for now, but in the longer term “airfares may rise as airlines try to recoup losses,” according to Endau Analytics analyst Shukor Yusof.

A rash of market consolidation and mergers could reduce competition and put upward pressure on prices. – Rappler.com