U.S. automakers to shut North American plants due to virus 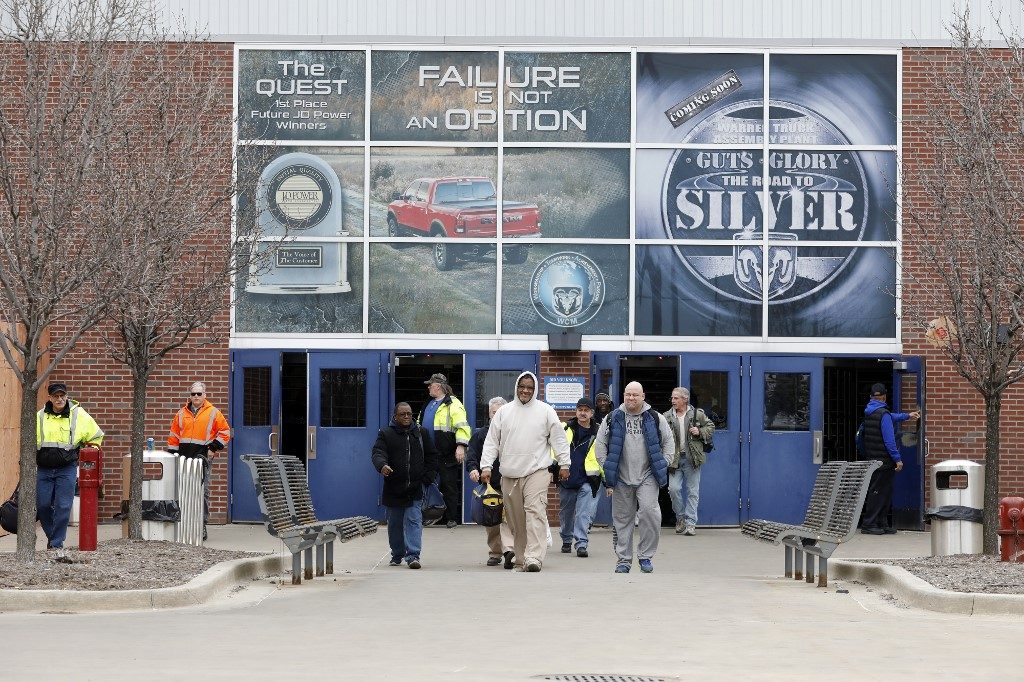 DETROIT, USA – United States automakers announced they will temporarily shut down North American production as the economic hit from the coronavirus spreads to manufacturing.

The “Big Three” carmakers – General Motors (GM), Fiat Chrysler, and Ford – will halt operations throughout North America through the end of the month, the companies announced in conjunction with the United Auto Workers (UAW).

The move comes only hours after the companies said the plants would be kept open with modified procedures to employ social distancing.

But that plan quickly fell by the wayside as the number of coronavirus cases in the US rises.

UAW officials admitted privately they were facing a situation where absenteeism was increasing as schools closed in states such as Michigan and Ohio. In addition, employees were refusing to work after co-workers tested positive for the virus.

“Today’s action is the prudent thing to do. By taking a shutdown and working through next steps, we protect UAW members, their families and the community,” UAW president Rory Gamble said in a statement with Ford.

“GM and the UAW have always put the health and safety of the people entering GM plants first, and we have agreed to a systematic, orderly suspension of production to aid in fighting COVID-19/coronavirus,” said GM chief executive Mary Barra.

“We have been taking extraordinary precautions around the world to keep our plant environments safe and recent developments in North America make it clear this is the right thing to do now.”

Ford closed an assembly plant in Michigan on Wednesday morning, March 18, after an employee tested positive and “is thoroughly cleaning and disinfecting the building,” the statement said.

Japanese giant Toyota also decided to pause all production in North America, but for only two days at the moment, next Monday and Tuesday, March 23 and 24.

Nissan also announced on Thursday, March 19, it would suspend production in the US from March 20 until April 6.

The shutdowns reached into Canada where Unifor, the union representing Canadian workers, had been under pressure to withdraw the labor of its members.

Jessica Caldwell of motoring site Edmunds.com described the announcement as “a seismic move by the Detroit 3, but also a commendable one.”

“These automakers are currently well-stocked with inventory and as more of the country moves to follow shelter-in-place orders, vehicle sales will inevitably be softer,” she said in a note.

“But if the proposed stimulus package ends up moving through the Senate, this could help sales get to a bit of a healthier place when normal life resumes.” – Rappler.com