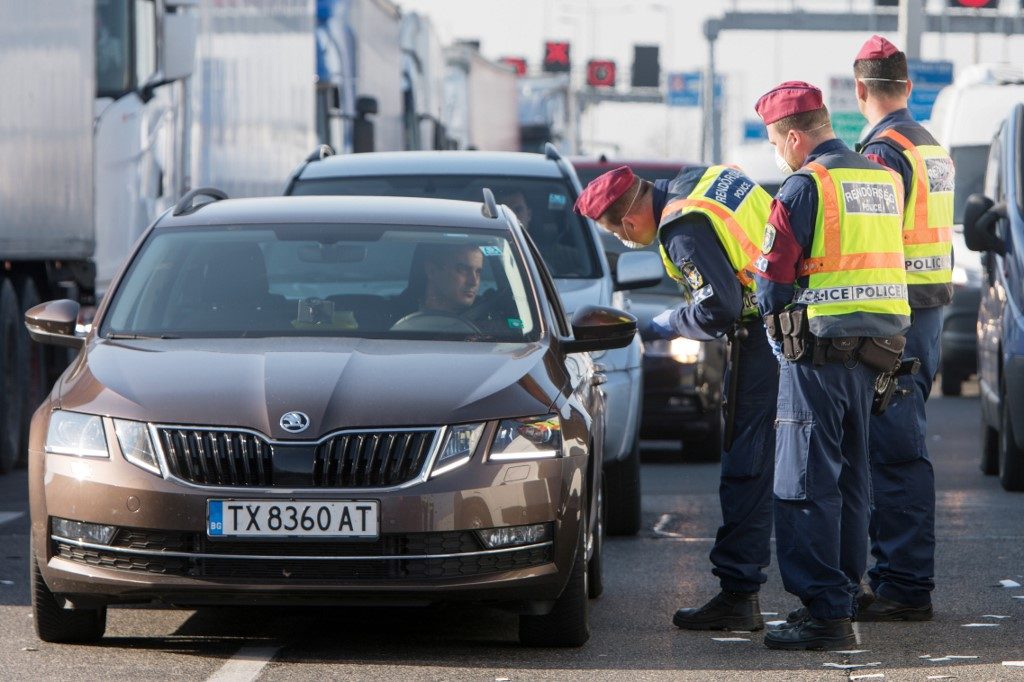 VIENNA, Austria – Return home or stay to earn a living far from your loved ones? That’s the dilemma being thrown up for workers who rely on shuttling across frontiers in Central Europe now that the coronavirus pandemic has seen several countries shut their borders.

In Austria, care for the elderly relies on a workforce of around 65,000, 80% of them women from Romania or Slovakia who typically shuttle between Austria and their home countries for weeks at a time.

But with several countries now closing their borders, this way of working has been upended.

“It’s an absolutely enormous problem, it’s an existential threat for everyone,” said Klaus Katzianka, who runs a home care company.

Chris Clarke, the Hungary-based director of a recruitment service, said: “It’s catastrophic, obviously we can’t move anyone anywhere,” adding that misinformation about what would happen next was adding to people’s worries about what to do.

Not that official information has shed much more light – the unilateral measures to curb movement taken by several government has left governments largely in the dark about how to react.

In Central Europe, Hungary, Slovakia, the Czech Republic, and Poland reached for bans on entry to non-residents, with Bratislava requiring Slovakian citizens returning from abroad to keep to two weeks of self-quarantine.

A difficult prospect for 48-year-old Maria Gelienova, who works for Katzianka’s company and normally works for 15 days in Austria before returning to her native Slovakia for two weeks at a time.

“I have to work, otherwise I won’t have any more income,” she says.

Some workers decided to pack their bags and leave as soon as they heard about border closures, especially if they have young children or vulnerable elderly relatives at home.

Austrian media report that others are hesitating over whether to come back to Austria after their regular two-week break in their home country.

Meanwhile Romanian care workers, who normally stay in Austria for a month at a time, are worried that their usual commute across Hungary will not be possible any more after that country closed its borders on Monday, March 16.

That led to tailbacks at Hungary’s borders dozens of kilometers long with police refusing to let non-Hungarian passenger traffic through and freight traffic – which was meant to be able flow freely – being subjected to health checks.

One desperate Moldavian citizen coming from Germany stuck at the border told Agence France-Presse earlier this week: “We tried to fly but there were no flights from Berlin or Frankfurt, they were all canceled.”

“Now we’re trying to get back overland but they don’t want that either, we don’t know what to do.”

Lots of those who found themselves stuck at Hungary’s land borders were Romanians, Serbs, and Bulgarians trying to get back to their country of origin after the virus led to the shutdown of swathes of the economies in the countries where they live.

After pressure from neighboring countries, Budapest has said it will allow Romanian and Bulgarian citizens to travel home through Hungary during nighttime in so-called “humanitarian corridors.”

Austria has nevertheless said that it is preparing to mobilize army reservists if necessary to replace care staff for older people.

Germany could be similarly affected by the shutdown in movement.

“I’ve warned my German partners that we’re not sending any more people until the end of the epidemic,” says Bulgarian Valentina Ivanova, whose TSKA company recruits care workers to send abroad.

Other sectors in western Europe may also be hit in the coming weeks – notably agriculture, which is also heavily dependent on seasonal labor from further east for harvesting fruit and vegetables like asparagus. – Rappler.com