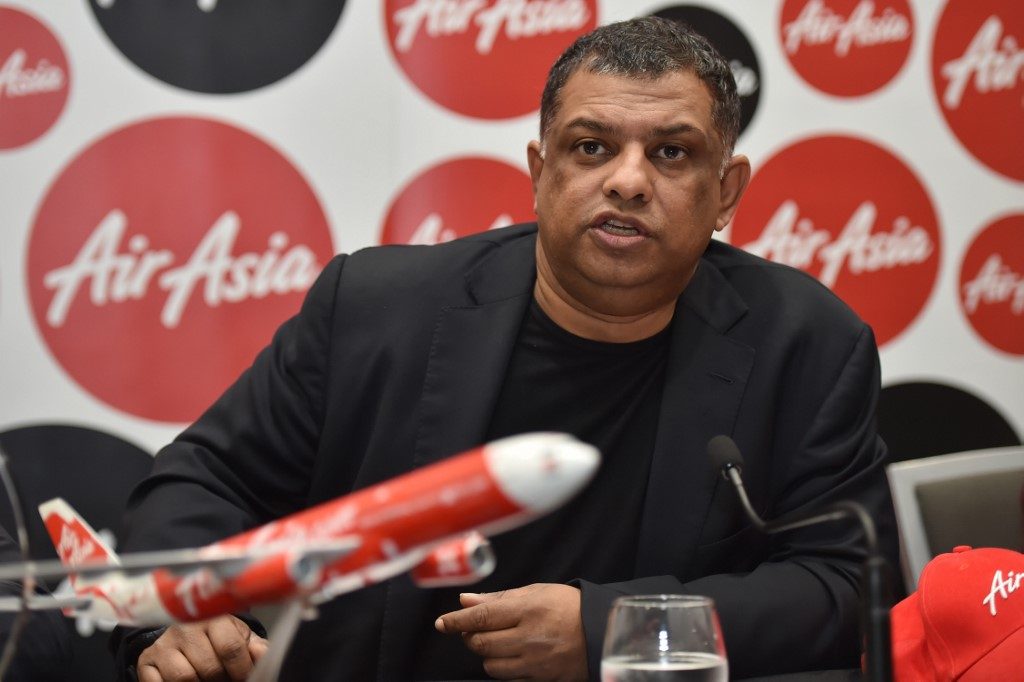 KUALA LUMPUR, Malaysia – AirAsia boss Tony Fernandes has returned to his post after being cleared by an independent probe, the Malaysian carrier said on Friday, March 20, weeks after stepping aside amid a $4-billion Airbus graft scandal.

They denied any wrongdoing but stepped aside while the matter was probed.

Airbus had agreed to pay $4 billion in fines to regulators to settle the case, but the scandal was further illuminated by Britain’s Serious Fraud Office (SFO) releasing the names of several airlines allegedly involved – including AirAsia and its long-haul unit AirAsia X.

But in a statement on Friday, AirAsia said that independent reviewer BDO Governance Advisory found the airline had “robust” aircraft procurement processes.

The review found that AirAsia’s “aircraft acquisition was justifiable and at prices favorable to [the airline],” the statement said.

The airline’s sponsorship of a sports team also followed proper procedures and was not related to purchases, the review found, according to AirAsia.

Court documents had linked sponsorship payments to AirAsia’s decision to order 180 Airbus aircraft. Fernandes and Kamarudin used to own a Formula One team, but have denied that it was involved in any bribery scandal.

The pair had disclosed their interests to AirAsia’s board and abstained from decisions related to the sponsorships, the review found.

AirAsia’s board had accepted the review findings and decided to reinstate Fernandes and Kamarudin to their executive positions, the airline said.

Fernandes has been one of Airbus’ most loyal customers and his Malaysia-based budget airline, which he bought for one ringgit (23 cents at the current rate) in 2001, is the European manufacturer’s largest customer for single-aisle jets.

Airbus is the only plane supplier to AirAsia. – Rappler.com