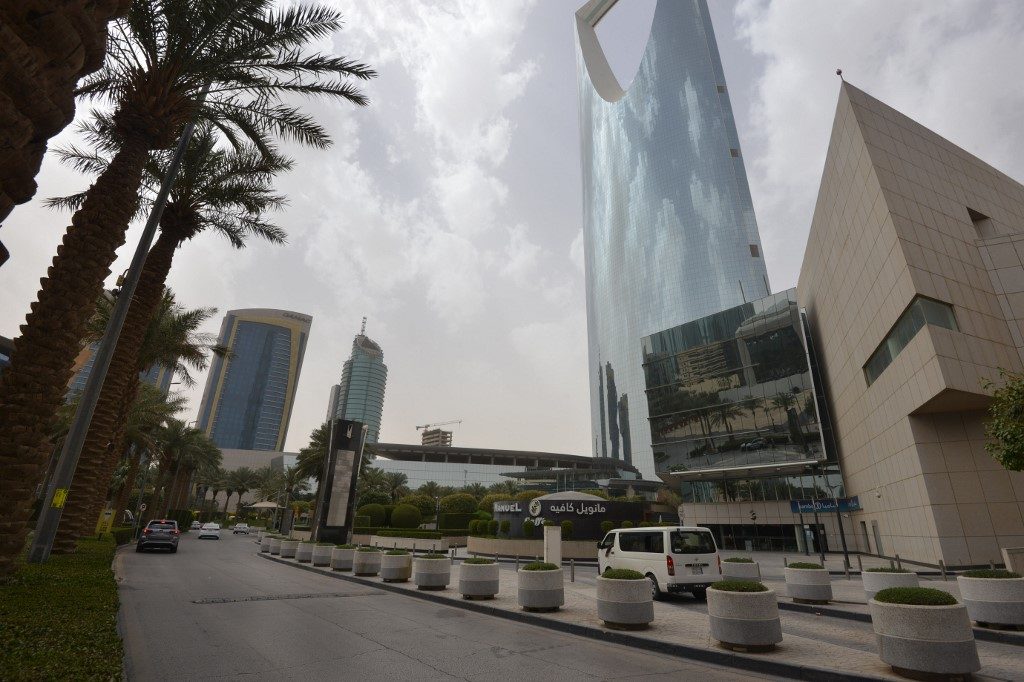 Oil is the mainstay of government revenue and this week slipped below $25 a barrel to touch 18-year lows.

Demand for oil has plunged as a result of the deadly virus hitting demand, while control of supply has loosened, with Riyadh and Moscow engaged in a price war.

“We will raise the proportion of borrowing from 30% to 50% of GDP,” said Finance Minister Mohammed al-Jadaan.

The accumulated public debt burden would not exceed 50% of GDP until 2022, based on the latest borrowing projections, he said.

Jadaan added that while the deficit would increase, he did not anticipate it exceeding 7% to 9% of GDP for the current year.

He warned that the entertainment, sports, and tourism sectors would be particularly hard hit as he unveiled a 120-billion-riyal ($32-billion) stimulus package to shore up the Middle East’s largest economy.

In response to the COVID-19 pandemic, Saudi’s Interior Ministry said Friday that all public transport would be suspended in an effort to contain the virus’ spread.

The kingdom has 274 cases of COVID-19 according to an official toll and has imposed numerous restrictions intended to limit gatherings.

“The suspension will not apply to means of transport linked to vital sectors like health…or food, energy, water and communications, among others.”

Cargo and travel for reasons of security are exempt from the new measures.

The neighboring United Arab Emirates, which has recorded 140 cases, has increased restrictions on passenger arrivals.

Only citizens of Gulf Countries will be allowed in and will be “required to undergo a medical examination on arrival followed by a 14-day quarantine period,” the foreign ministry announced Friday.

More than 1,300 coronavirus infections have been detected in the Gulf region, with most cases initially identified among travelers returning from Iran which is one of the world’s worst affected countries. – Rappler.com