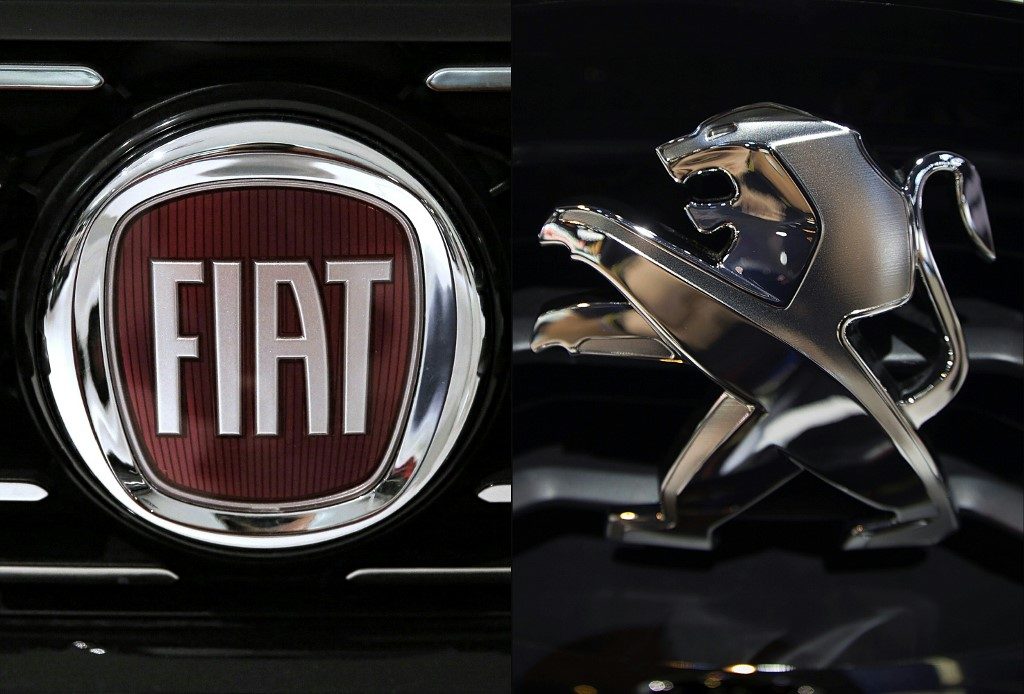 Facebook Twitter Copy URL
Copied
Preparations continue on the planned merger of PSA and Fiat Chrysler, but the financial terms reportedly need to be reevaluated as a result of the coronavirus pandemic

NEW YORK, USA – Will they or won’t they? On top of massive economic damage, the coronavirus pandemic now is casting doubt over the pending merger of PSA Group and Fiat Chrysler (FCA), financial sources told Agence France-Presse (AFP).

The tie-up, announced at the end of October and due to be finalized in early 2021 at the latest, would create the world’s 4th largest automaker, bringing under one roof brands like Peugeot, Citroen, Jeep, Alfa Romeo, and Maserati.

Preparations are continuing, with legal teams working hard to get the green light from antitrust authorities, according to the sources who requested anonymity as they discussed this sensitive subject.

But the COVID-19 pandemic has caused global markets to tumble as it plunges the economy into recession, shutting down auto plants in Europe and the US. That has called into question the financial terms of the merger, according to the sources who are working on the transaction.

“The two groups need this merger in view of the heavy investments that must be made in electric cars, but they must recognize that, in view of the economic situation, for the merger to take place it will be necessary to review the initial financial terms,” one of the sources said.

Karl Brauer, and expert at Kelley Blue Book, agreed, saying: “Assumptions about valuation of the companies, revenues projections, sales for 2020 and beyond for both companies, all those mathematical assumptions that were made during the talks essentially have to be reevaluated now.”

PSA and FCA no longer “have the level of confidence that they had even a month ago in terms of sales revenues, market shares, products mix, and products planning,” he said.

The two groups planned a merger of equals, which involves paying a dividend of 1.1 billion euros to their respective shareholders for 2019.

FCA is also expected to pay an extraordinary dividend of 5.5 billion euros, while PSA must distribute to its shareholders its 46% stake in French equipment manufacturer Faurecia.

But Faurecia’s market capitalization has shrunk by at least a third since the merger was announced, which means the value of PSA’s stake lost nearly 1 billion euros as of Monday, March 23.

“We will have to rebalance things between shareholders if we still want to talk about a merger of equals,” said one of the financial sources.

And an industry expert, who asked not to be named, said, “I have always found that parity is very much to Fiat’s advantage.”

With the decline in Faurecia value, “It is even more so.”

The promised dividend of 1.1 billion euros is now in doubt as well, the sources said, since the companies will need to preserve their cash to cope with the coming collapse in auto sales, both in Europe, where PSA earns most of its income, and in the US, where FCA generates very large margins.

Governments are urging firms to be cautious.

French Economy Minister Bruno Le Maire on Tuesday, March 24, warned “all companies, especially the largest, to exercise the utmost restraint on the payment of dividends.”

“It is a time when all the money has to be used to run businesses,” he said, especially if companies are seeking government help.

Arguing that 14 million European jobs are threatened, the European Automobile Manufacturer’s Association (ACEA) last week asked for financial support for the industry, which is facing its “worst crisis” ever experienced.

“If PSA or FCA appeal to the state, how could they justify asking taxpayers for billions and distributing billions to their shareholders at the same time?” said Gregori Volokhine of Meeschaert Financial Services.

But PSA insisted that the deal would still go ahead.

“The merger makes sense more than ever in the current day-to-day context. Our teams are continuing work with the same commitment,” PSA wrote in an emailed response to AFP.

“In the context of such a health crisis, we feel it is inappropriate to speculate about any possible changes to the agreement,” the carmaker continued. “Our focus is to protect our employees and our business.”

France’s Economy Ministry, which is an indirect shareholder of PSA via the BPIFrance sovereign wealth fund’s 12.2% stake in the company, did not respond to AFP’s request for comment.

A PSA spokesperson simply said the merger schedule remained “unchanged,” while FCA also did not respond to a request for comment.