Mar 26, 2020 8:30 AM PHT
Agence France-Presse
Facebook Twitter Copy URL
Copied
Airbus plans to resume production in Spain on Monday, March 30, but workers say their health would be at risk 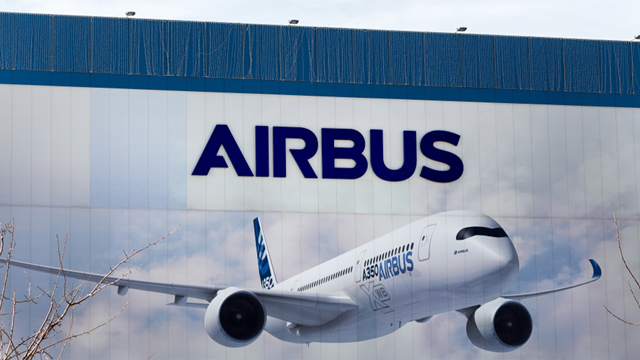 MADRID, Spain – Unions representing Airbus workers in Spain on Wednesday, March 25, condemned its decision to resume production despite the coronavirus pandemic, saying it endangered the health of employees, with 138 of them already infected.

GCT, the minority union, called for Airbus workers to begin an indefinite strike on March 30 to protest the restart of production on Monday in Spain, where the company builds part of the tail section of its aircraft and assembles A400M military planes.

“The company must understand that the occupational health of its workers is not a game,” the union said in a tweet.

The aerospace sector is not an “essential and strategic” industry that must remain open during a health emergency, the union had already argued in a statement on Monday, March 23.

Spain’s coronavirus death toll on Wednesday overtook that of China, where the virus originated late last year, rising to 3,434. Only Italy now has a higher death toll.

Spain declared a state of emergency on March 14 to try to curb the spread of the virus, which bans people from leaving home except for essential outings.

Airbus’ majority union in Spain, the CCOO, has so far not joined the strike call, but it also demanded that production stop at the company’s 8 plants across the country which employ around 13,000 people.

“Management wants production to return to normal gradually…. We feel that during a state of emergency, that can’t happen because it is not possible to adopt all the safety measures needed to protect the health of workers,” the CCOO delegate who represents Airbus workers, Francisco San Jose, told Agence France-Presse (AFP).

According to a tally provided by Airbus management to unions on Tuesday, March 24, a total of 138 employees of the firm are infected with the virus and another 820 are in isolation as a precaution.

“We don’t understand how there could be normal activity in certain areas, especially in the Madrid region” which has been the hardest hit by the outbreak, San Jose said.

Many Airbus workers were taking holidays this week because they were afraid to come in to work, he added.

If the Airbus plants are used to make ventilators or face masks needed to fight the virus, the company “can count on us and we will work as much as possible,” San Jose said.

The two unions called for members to donate their industrial masks and other protective gear which they use on the assembly line to hospitals at a time when such medical supplies are lacking for health care workers in Spain.

Contacted by AFP, Airbus confirmed in a statement that “several” of its employees in Spain were infected but declined to confirm the figure given by the unions because it said the situation “changes quickly.”

The company said new strict health and safety measures were adopted when its plants were closed and production was reorganized so employees can remain at least one meter (yard) away from each other.

Spanish work inspectors visited 3 of its plants in the Madrid region either “in person or virtually” and found no reason for them to be closed, Airbus added.