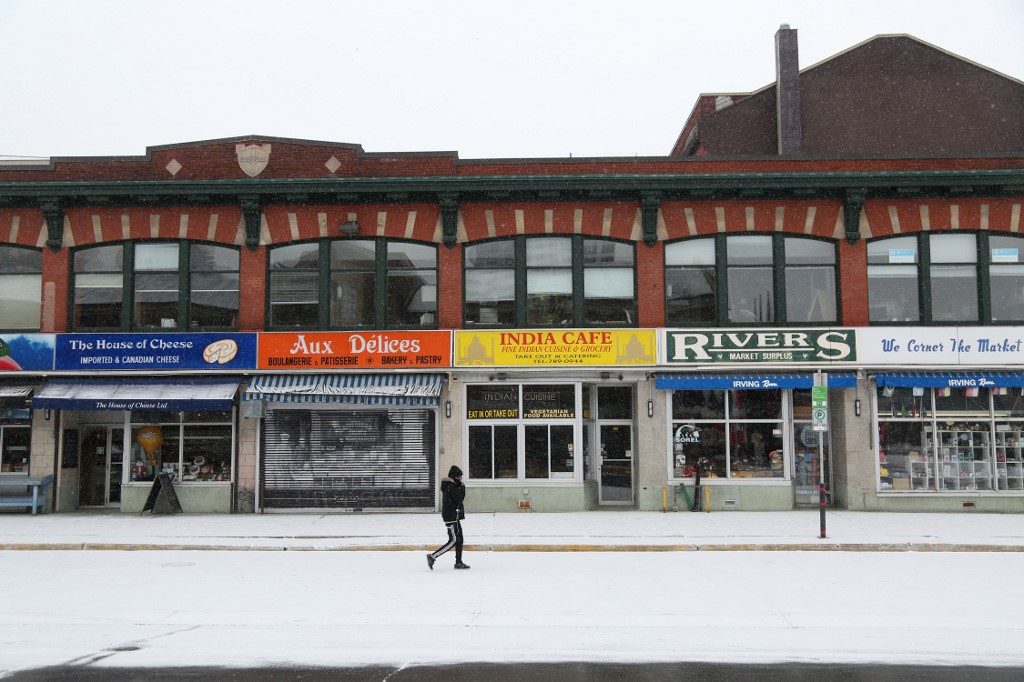 Facebook Twitter Copy URL
Copied
Canada's measures include a 75% wage subsidy for small and medium business employees, and a series of grants, tax deferrals, lines of credit, and low-interest loans to businesses

OTTAWA, Canada – Prime Minister Justin Trudeau on Friday, March 27, announced a series of measures to boost the Canadian economy, almost doubling the amount of the aid pledged just two days ago to more than Can$200 billion.

The measures include a 75% wage subsidy for small and medium business employees affected by the coronavirus crisis, and a series of grants, tax deferrals, lines of credit, and low-interest loans to Canadian businesses.

They followed an announcement that the Bank of Canada is lowering a key interest rate to 0.25% as part of a drive to cushion the impact of the coronavirus pandemic.

The aid package was announced as a parliamentary report out on Friday forecast a 5.1% contraction of Canada’s economy in 2020, the worst since 1962, with a whopping 25% 2nd quarter contraction.

“At present, the economic and fiscal outlook is extremely uncertain,” read a summary of the parliamentary report. “The scenario under consideration is but one of many possible outcomes.”

The report assumes that the current COVID-19 social distancing and self-isolation measures “will remain in place through August, lasting roughly 6 months in total.”

It also assumes that oil prices will remain at the current low levels.

In this scenario, the federal deficit for the fiscal year starting April 1 would reach Can$112.7 billion, 5 times more than that forecast for 2019-2020, the equivalent of 5.2% of Canada’s gross domestic product.

The world’s 4th largest oil producer, Canada has been devastated by oil prices that have fallen as economies grind to a halt because of the coronavirus pandemic, as well as a price war between Russia and Saudi Arabia.

Its western oil-producing province of Alberta has been particularly hard hit.

The 75% wage subsidy for qualifying businesses – up from 10% announced last week – is for up to 3 months retroactive to March 15, Trudeau’s office said.

“Small businesses are the backbone of our economy, and…are facing economic hardship and uncertainty during the COVID-19 pandemic,” Trudeau said.

“That is why we are taking action now to help them get the financial help they need to protect their workers and pay their bills.”

More than one million Canadians have lost their jobs since last week due to the brutal economic downturn caused by the killer pandemic sweeping the globe.

The outbreak “is having serious consequences for Canadians and for the economy, as is the abrupt decline in world oil prices,” the Bank of Canada said in an earlier statement explaining its “unscheduled” interest rate decision.

The goal of the rate cut “is to support the financial system in its central role of providing credit in the economy, and to lay the foundation for the economy’s return to normalcy,” the bank said. – Rappler.com