Shifting to ventilators will be a challenge for GM 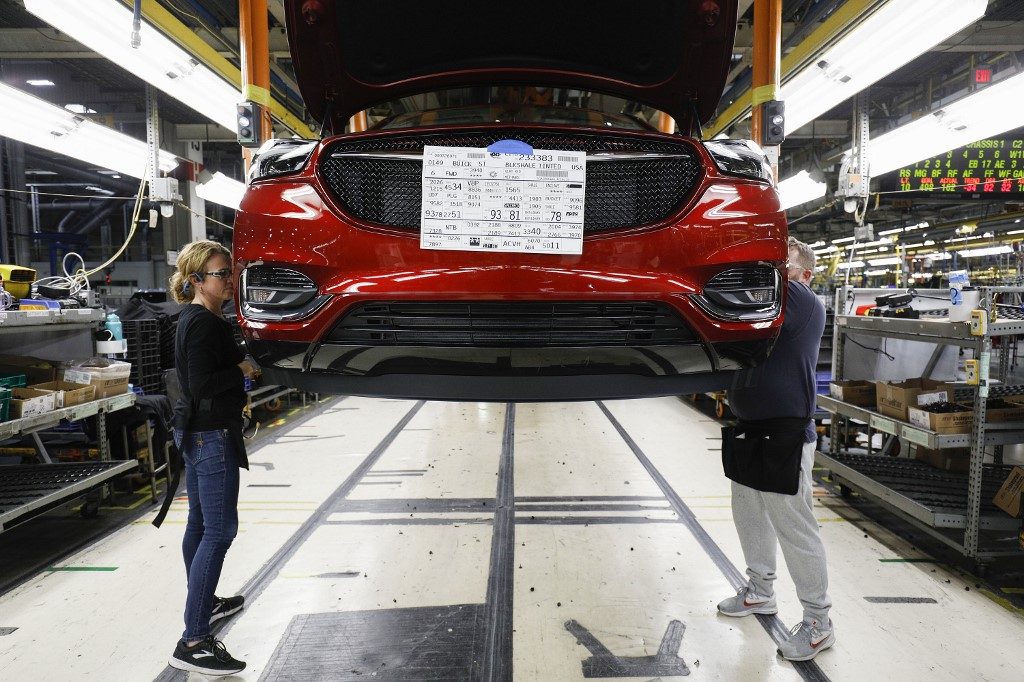 The pivot will be no easy feat for the auto giant, requiring the company to train employees, procure supplies, and respect strict manufacturing guidelines.

GM, working with medical device company Ventec, will produce the ventilators in a factory in Kokomo in the midwestern state of Indiana, the companies announced last week.

The 2.6 million-square-foot facility normally produces electronics for cars, and like all GM factories in North America, has been shuttered since mid-March to limit the coronavirus’ spread.

Repurposing car factories for emergency production has been compared to World War II, when they were used to build tanks and fighter planes.

This situation, experts say, is somewhat different, as building ventilators will require different techniques and procedures from what the factory normally sees.

The Detroit auto giant will use a free space in the factory, which it has already begun refashioning for the new mission.

A GM spokesman said production on the ventilators, a critical tool for saving lives during the COVID-19 crisis, will begin in April after employees are trained.

But the initial runs will be prototypes whose manufacturing processes need to be approved by the US Food and Drug Administration, the spokesman said.

Meanwhile, experts say the first ventilators will not be available until the end of April, but that will probably be after the peak in New York City, home to the worst outbreak in the United States.

There are also important differences in the approach of auto manufacturers and companies that make medical devices.

“Every area of manufacture has its own culture,” former vice president of the Federation of American Scientists Ivan Oelrich wrote in the Bulletin of the Atomic Scientists.

“Manufacturers of medical devices must be constantly aware of liability lawsuits, which forces an intense focus on precision manufacture and, especially, reliability.”

Automakers may be able to streamline some processes at a time when urgency is paramount, but air conditioning manufacturing, for example, has “far more in common with ventilators than cars do,” Oelrich said.

One of the biggest challenges GM will face is procuring some 700 individual components that will be needed for the ventilators at a time when Ventec’s supply chain has been disrupted.

Also, “existing workers are not familiar with the assembly steps for putting together ventilators, so they will need to be trained quickly,” said Jorge Alvarado, professor of engineering at Texas A&M University.

“It also requires use of small tools and computers, as well.”

GM began working with Ventec on March 20 to develop sourcing plans for the parts, the companies said.

They expect production to reach 10,000 per month after ramp-up – much more than the 250 per month normally produced by Ventec.

GM is recruiting 1,000 workers for the task.

The company’s workforce “will be able to leverage their current manufacturing experience, but will likely need to be trained on specific aspects of ventilator production,” said Kaitlin Wowak, an assistant professor at the University of Notre Dame business school.

GM and Ventec have said employees will be trained, but have not released specifics.

“Workers would need to be very adaptable and the operation of each ventilator would need to perform flawlessly, even if different components are used during the assembly process,” Alvarado said.

“If the GM-procured components are directly related to the operation of each device, system tweaks might be necessary to ensure optimal performance of each unit.”

“Even these advanced auto production facilities are not sterile enough to produce medical equipment, or would not pass the regulation as is.”

Given the circumstances, GM could ask regulators for relief from some of the most onerous requirements, experts say. – Rappler.com