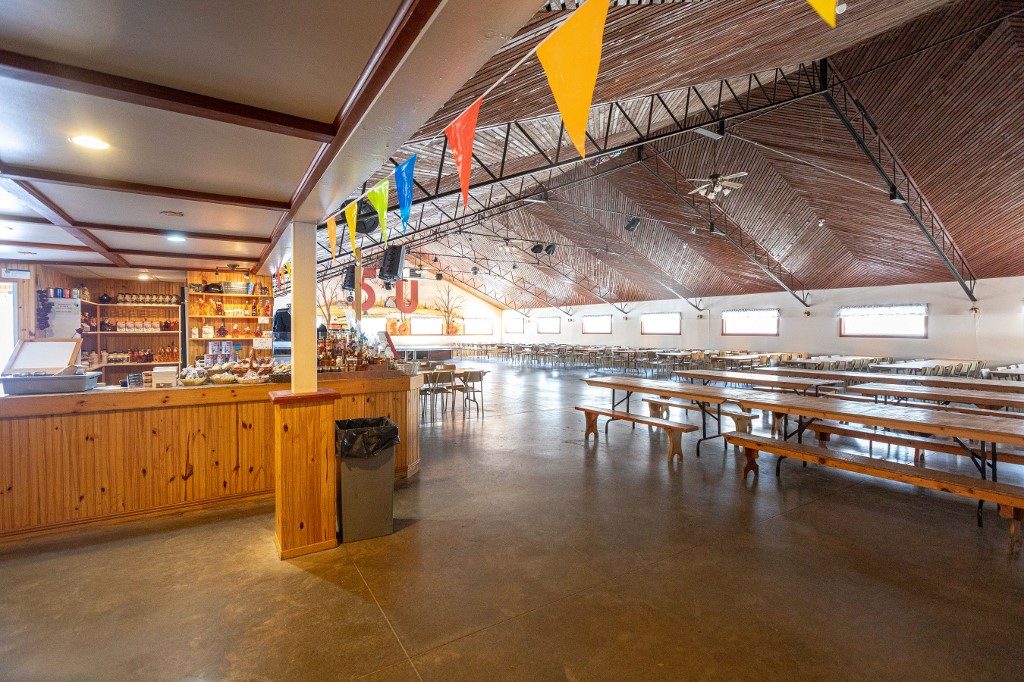 Facebook Twitter Copy URL
Copied
Maple syrup producers in Quebec, Canada, are hit by measures to slow the spread of the coronavirus

MONTREAL, Canada – Under a dazzling sky, with spring in the air, syrup is flowing in a maple grove near the village of Saint-Alexis.

With a mallet in hand, feet braced in deep snow, Simon Lanoue pounds plastic tubing into one tree after another to drain their sap, weaving a vast spider web in the forest.

As the sweet liquid drips slowly from the trees, Lanoue laments his losses due to Quebec province’s measures to slow the spread of the new coronavirus.

Quebec has ordered all residents to stay home except for essential tasks, closed eat-in restaurants, and even limited travel in the province.

The 140-seat dining hall in Lanoue’s Osias sugar shack, located in an old barn about 60 kilometers (40 miles) north of Montreal, is deserted.

On weekends around this time of year, diners normally rotate in and out every two hours.

Lanoue had to close his dining room in mid-March, barely two weeks after the start of “maple sugar time.”

An annual tradition that runs until the end of April, Quebecers and visitors flock to rustic sugar shacks to feast on spiced sausages, sticky baked beans, fluffy omelets, and Christ’s ears (deep-fried pork fat) – all layered with golden maple syrup.

It’s topped off with a dessert of maple “taffy,” made of thick hot syrup spread over snow and rolled around a popsicle stick.

Usually, “catering represents from 75% to 80%” of revenues, but this year Lanoue will have to be content with the sale of his syrup, “which does not represent much.”

“But there are cabins in worse shape than mine,” he points out.

A similar scenario is playing out in the neighboring village of Saint-Esprit, at the Constantin Gregoire sugar shack.

“It is generally full everywhere,” owner Denise Gregoire said in one of the 3 grand dining rooms, where moose antlers hang over a large fireplace.

“On March 15, we closed our doors, and we will not be able to reopen this year, it will go to next year,” said Gregoire, who had to lay off about 20 employees.

Nevertheless, Jacqueline, a client, wants to come “buy maple syrup, like every year. Usually we come to eat at the cabin. But this year, because of the virus, it’s not possible.”

There are more than 200 of these so-called “commercial” cabins in the province of Quebec, explained Helene Normandin, spokeswoman for the federation of Quebec Maple Syrup Producers.

“It’s a catastrophic situation,” she said. “This year 2020 is completely lost for [owners].”

But COVID-19 or not, the production of syrup continues, the industry having been designated “essential” by the provincial government.

Canada produces 92% of the world’s maple syrup, largely thanks to Quebec (72%), with the rest coming from American border states.

Quebec has more than 11,000 producers grouped into 7,400 companies, most of them artisanal, which contribute annually up to Can$600 million (US$422 million) to the local economy, supporting the equivalent of 10,500 full-time jobs.

Quebec had a record season last year, harvesting more than 72,000 tons of syrup, with 80% of it exported to 60 countries. The United States, Germany, and Britain are the largest foreign buyers.

The current season promises to be “normal,” according to Normandin, projecting a slightly more modest harvest.

“I think we are going to have a good year, and the syrup again is excellent,” Lanoue said.

And no shortage is anticipated, as the federation maintains a strategic reserve of “blond gold” to ensure price stability: more than 45,000 tons of syrup stored in barrels in a padlocked warehouse as large as 5 football fields. – Rappler.com