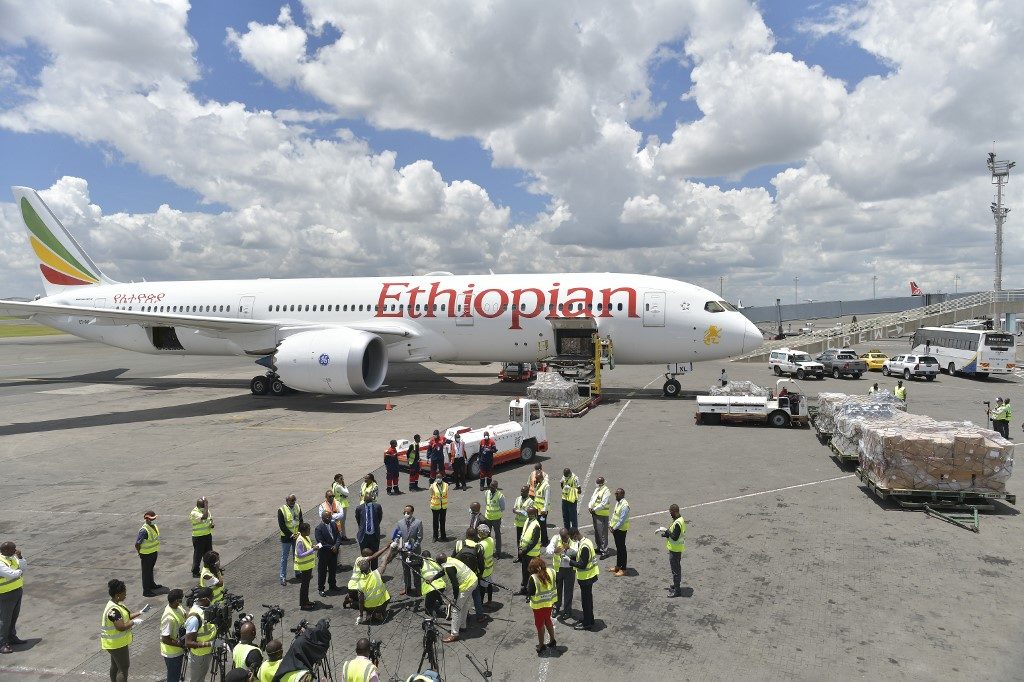 ADDIS ABABA, Ethiopia – Ethiopian Airlines is already bracing for income loss of half a billion dollars and has axed most of its scheduled passenger flights, but is turning to cargo and charter operations to soften the blow, its chief executive officer said on Tuesday, April 7.

“As we speak, Ethiopian Airlines has lost a revenue of $550 million (504 million euros) including April,” Tewolde Gebremariam told a press conference, adding that the company faced “a serious financial, operational, and commercial crisis.”

In recent weeks, Africa’s biggest carrier has distributed medical equipment across the continent, repatriated United States Peace Corps volunteers stranded overseas, and evacuated cruise ship employees from the US to their homes in Asia, Tewolde said.

Tewolde said the company would try to take advantage of demand for cargo operations – including for medical supplies – and would even remove seats from passenger jets, though he acknowledged that cargo accounts for only 15% of its revenue.

Ethiopian Airlines continues to fly to 19 passenger destinations, down from 110.

Tewolde said he was confident the airline, which is state-owned, would weather the crisis without laying off any of its 13,000 regular employees, though he left open the possibility that it could ultimately need outside support to stay afloat.

“Our plan is to sustain and pass this crisis on our own, but if it is unfortunately prolonged beyond our imagination, we’ll cross that bridge when we get there,” he said.

Ethiopian Airlines has maintained routes to China throughout the pandemic and continues to service destinations in the US, Europe, and Asia.

But despite efforts to protect employees from infection, 3 cabin crew have so far tested positive for COVID-19, Tewolde said.

“I have been calling them myself, 3 cabin crew, and they are in a very good health condition,” he said.

Ethiopia has reported 52 cases of COVID-19 – including 8 that were announced on Tuesday – but testing has been limited.

The country last month imposed a mandatory 14-day quarantine for people arriving from abroad, but that does not apply to Ethiopian Airlines staffers, something Tewolde defended on Tuesday as “international standard.”

Ethiopian Airlines is nonetheless providing employees with access to an isolation facility should they choose to self-quarantine, he said.

“We have already started that and we have already crew today, as we speak, who have chosen to isolate themselves because of some suspicion,” he said. – Rappler.com