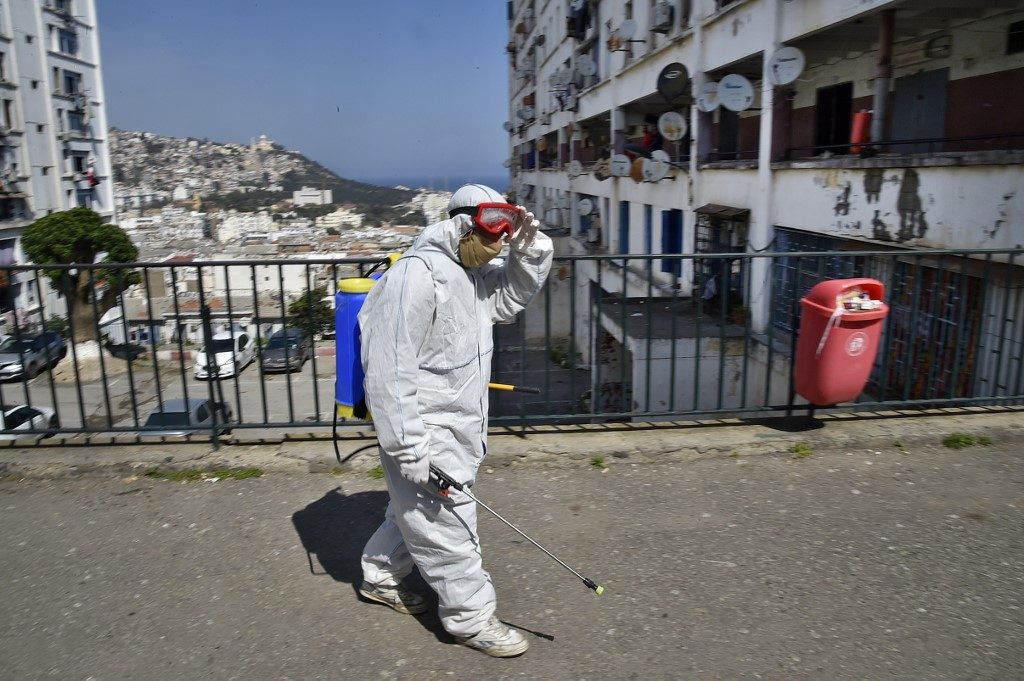 ALGIERS, Algeria (UPDATED) – Algeria faces economic and social turmoil if crude prices continue to collapse, experts have warned, with the oil-dependent country reeling from a year of popular protests, political turmoil, and now, the coronavirus.

The North African country is an example of how hydrocarbon economies are likely to face unrest if oil prices remain at near two-decade lows due to the COVID-19 pandemic and a price war between key players Saudi Arabia and Russia.

The price collapse has destroyed Algeria’s revenue projections, with President Abdelmadjid Tebboune acknowledging the “vulnerability” of the country’s oil-dependent economy.

It is “imperative to put an end to bad practices instilled over a period of financial well-being, such as waste and a spirit of laziness and overconsumption,” Tebboune has said.

His words might be too little, too late, as the drop in prices, the coronavirus, and ongoing political uncertainty create a perfect financial and social storm.

Algeria “is on the edge of a financial abyss,” according to Luis Martinez, North Africa specialist at France’s Sciences Po University.

The government decided to slash public spending in March, after oil prices dipped to $22.50.

Algiers announced a 30% cut to the state budget, without touching civil servants’ wages, and a reduction in its enormous imports bill.

State oil giant Sonatrach is to halve operating and capital expenditure, from $14 billion to $7 billion, in order to preserve foreign currency reserves.

But former Sonatrach chief executive officer Abdelmadjid Attar said in principle, the company “shouldn’t have to reduce hydrocarbon production” as the cuts would affect other operations.

Some economists are concerned those could quickly run out.

Economist Ahmed Dahmani warns of multiple dangers: a rapid draining of foreign exchange reserves, a worsening budget deficit and balance of payments, a sharp devaluation of the dinar, and an inflationary surge, leading to economic recession and mass unemployment.

“The government has no choice but to broaden the tax base, to resort to public debt and negotiate loans,” Martinez said. “With the remaining foreign reserves, that should allow it to hold on until 2021. But after that?”

Others worry that Algeria will struggle to diversify its economy away from oil and attract investors.

With the coronavirus disrupting economies worldwide, the pandemic could provide a scapegoat for the government.

“The Algerian authorities could in fact argue that the economic and financial situation is no better” elsewhere, Martinez said.

But in Algeria, the pandemic follows a protracted political crisis.

The “Hirak” citizens movement that began in February 2019 brought down longtime autocrat Abdelaziz Bouteflika a year ago.

Only the pandemic was able to halt – perhaps temporarily – massive weekly anti-government protests.

And a continued collapse in oil prices could prove to be the final straw for a country on the edge.

“It’s not the year 2020 that’s on trial, but the 20 years of patronage, nepotism, and corruption” of Bouteflika’s reign, Martinez said. – Rappler.com