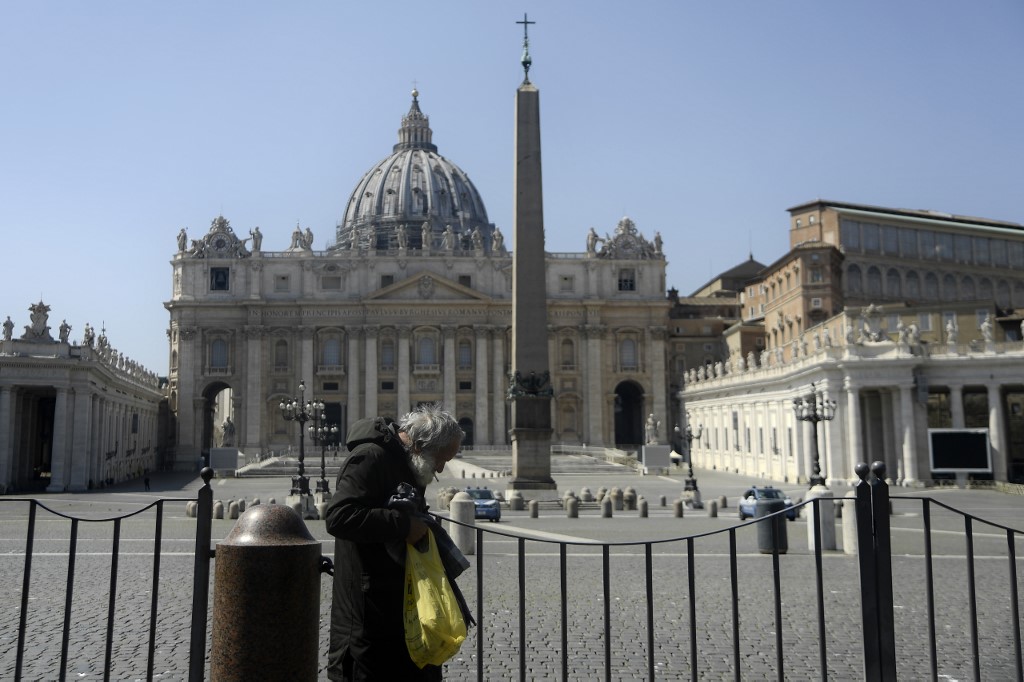 The IMF said the eurozone economy would crash by a staggering 7.5% this year, a free fall not seen since the 1930s Great Depression.

The IMF also projected Britain – which left the European Union in January and was never part of the eurozone – would see its economy contract by 6.5%.

The European region overall was predicted to have the worst performance of any region in the world.

In a note of optimism, however, the IMF said the economic destruction wrought by the pandemic in the eurozone would fade in the 2nd half of 2020, as a gradual lifting of containment measures gained momentum.

The 19 countries that use the euro currency would then recover, but at a far slower pace, with the IMF predicting a growth of 4.7% in 2021.

Before the emergence of the COVID-19 outbreak, the IMF said the eurozone was going to grow by a slow but respectable 1.3%.

But with tens of thousands dead due to the novel coronavirus across Europe and the economy in shutdown, the impact was going to be painful.

The IMF said the French economy would see its economy shrivel by 7.2% instead of a 1.3% expansion.

But France’s finance minister, Bruno Le Maire, forecast an even worse contraction of 8% because of an extension of his country’s lockdown announced on Monday, April 13. President Emmanuel Macron said restrictions would now be extended nearly a month longer, to May 11.

Export-powerhouse Germany, which was suffering sluggish growth from the United States-China trade war, would see its economy contract by 7%, the IMF said.

The IMF praised the already sizeable fiscal responses by both countries, which together make nearly half of the eurozone economy, though France will see its debt level soar to levels not seen in the modern era.

Italy, one of the hardest hit countries by the outbreak, would suffer badly economically, the IMF said.

Italy’s economy was on course to slump by 9.1% in 2020, followed by an expansion of just below 5% the following year.

The IMF said certain eurozone countries were better equipped to face the challenge of the crisis than others.

This was as an implicit reference to the current row brewing in Europe.

Richer countries in the north, such as Germany and the Netherlands, are resisting calls for unprecedented levels of European solidarity to confront the crisis.

But Italy, Spain, and France are calling for new ways of thinking, including common borrowing among the EU 27 that would fund a massive recovery plan and relaunch the post-pandemic economy.

The IMF urged for “meaningful European support” to be targeted at countries particularly hard-hit by what is a “purely exogenous common shock.”