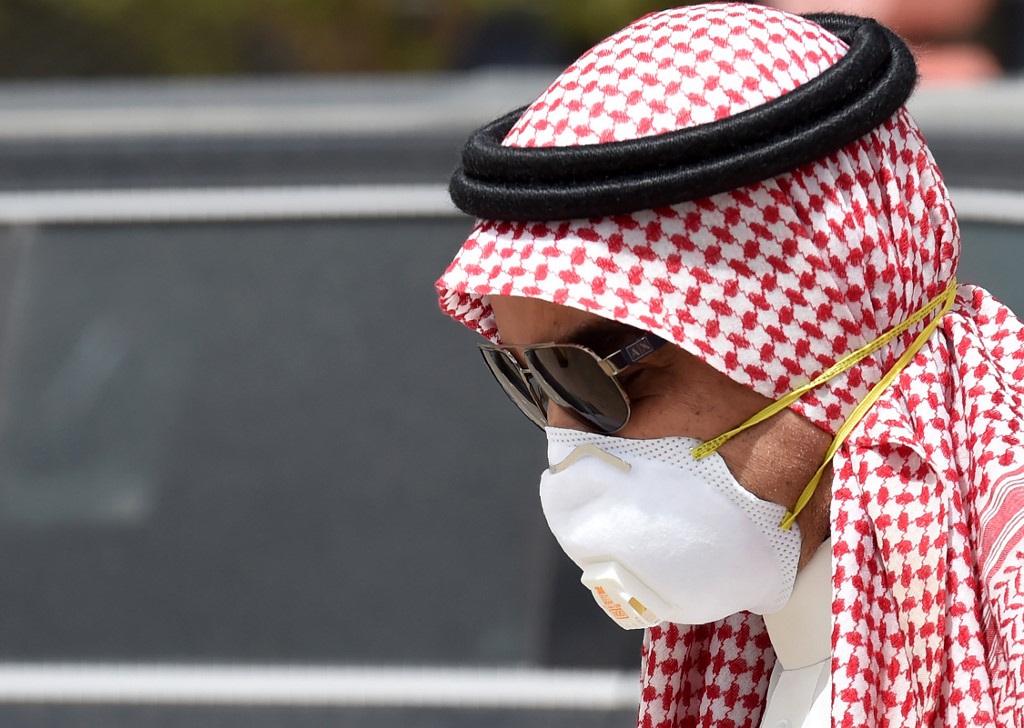 DUBAI, United Arab Emirates – The Middle East and North Africa economy will contract by 3.3% this year, the biggest slump in 4 decades, hammered by the coronavirus and low oil prices, the International Monetary Fund (IMF) said on Tuesday, April 14.

In its World Economic Outlook, the IMF said the damage would be much worse than the region’s last major shock, the 2008-2009 global financial crisis, when it managed to post modest growth.

The region, which includes all Arab countries and Iran, will suffer its worst economic performance since 1978 when it was convulsed with unrest and shrank by 4.7%, according to World Bank data.

The IMF said that all the Arab countries apart from Egypt will see their gross domestic product (GDP) fall this year.

Saudi Arabia, the region’s heavyweight which is just emerging from an oil price war with Russia that saw crude prices crash, is headed for a 2.3% contraction.

“The fast deterioration of the global economic outlook as the epidemic has spread and the breakdown of the OPEC+ agreement among oil suppliers have weighed heavily on commodity prices,” the global lender said.

Its report was prepared before the OPEC+ grouping – which takes in producers from the Organization of the Petroleum Exporting Countries and allies – reached agreement on Sunday, April 12, to cut output by nearly 10 million barrels per day, the largest in history.

From mid-January to end-March, oil prices dropped by 65% or $40 a barrel and natural gas prices declined by 38%, the IMF said.

It also projected prices to remain below $45 a barrel through 2023, around 25% below the average last year.

Arab countries, which have reported more than 20,000 coronavirus cases along with over 700 deaths, have resorted to sweeping lockdowns and curfews to prevent the spread of the disease, disrupting local economies.

Years of bloody conflicts in several Arab countries including Syria, Yemen, Iraq, and Libya have already battered their economies and created widespread poverty.

And many Middle Eastern countries, notably the Gulf states plus Iraq and Iran, depend heavily on oil revenues to finance their budgets.

“These developments are expected to weigh heavily on oil exporters with undiversified revenues and exports,” said the IMF, adding that lower oil prices will meanwhile benefit oil-importing nations.

The IMF said that the latest oil output cut will further dampen the prospects of the Saudi economy, which grew by just 0.3% in 2019.

The United Arab Emirates’ economy, the most diversified in the region, is projected to contract by 3.5%, while Qatar, the 3rd largest in the Gulf, is expected to slide 4.3%.

The economy of Lebanon, which has defaulted on its mountain of debt, is expected to contract by a massive 12%, while Iraq, OPEC’s 2nd largest producer, is headed for a fall of 4.7%.

Only Egypt is projected to stay in positive territory with 2% growth, although that is way down from the 6% projected before the coronavirus crisis hit.

As a whole, the Middle East and North Africa economy, which grew by just 1% last year, is projected to rebound by 4.2% in 2021, the report said.

But the IMF noted that “extreme uncertainty” surrounds its forecast because the economic fallout of the pandemic depends on factors that are hard to predict – including the pathways of the disease and the intensity of containment efforts. – Rappler.com