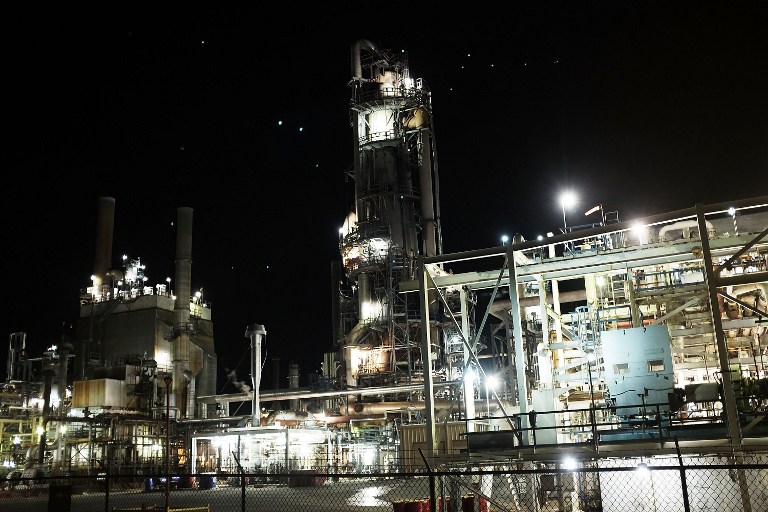 For 2020 overall, demand will fall by 9.3 million barrels per day (mbd), with April alone down 29 mbd from a year earlier to levels last seen in 1995, the IEA said in its latest monthly report.

However, measures taken to bolster the global economy and to reduce oil supply should allow a “gradual” recovery in the 2nd half of the year, it said.

The International Monetary Fund (IMF) warned on Tuesday, April 15, that the coronavirus pandemic is pushing the world into its deepest recession in a century, with economic output expected to shrink 3%.

It also said there could be a strong rebound in 2021, with growth of 5.8%, although it cautioned that with so many uncertainties in the mix, any forecasts must be tentative.

In similar language, the IEA said “the global economy is under pressure in ways not seen since the Great Depression in the 1930s,” warning that even if restrictions are eased later this year, the 2020 fall in demand of 9.3 mbd will erase “almost a decade of growth.”

On the positive side, authorities have responded with “radical steps,” launching massive stimulus programs costing trillions to tide their economies through the worst of the crisis.

“We are also seeing measures being taken to tackle the oil market crisis,” the IEA noted, referring to an Organization of the Petroleum Exporting Countries (OPEC) deal with its OPEC+ allies at the weekend to cut production by an initial 9.7 mbd.

“In light of the unprecedented depth of the crisis, the IEA has urged major consumers and producers to work together through the forum of the G20 to mitigate the impact on market stability,” it said.

G20 countries have agreed to support the OPEC+ cuts which US President Donald Trump says could amount in all to 20 mbd, an unprecedented reduction in output.

The IEA said that combined, the OPEC+ and G20 actions “won’t rebalance the market immediately.

“But by lowering the peak of the supply overhang and flattening the curve of the build-up in stocks, they help a complex system absorb the worst of this crisis, whose consequences for the oil market remain very uncertain in the short term,” the IEA said.

The IEA warned that “there is no feasible agreement that could cut supply by enough to offset such near-term demand losses.

“However, the past week’s achievements are a solid start and have the potential to start to reverse the buildup in stocks as we move into the 2nd half of the year.”

The IEA said it was possible that if production falls sharply, reserves are built up and economies recover, then “the 2nd half of 2020 will see demand exceed supply.”

“Indeed, our current demand and supply estimates imply a stock draw of 4.7 mbd in the 2nd half,” it said.

Oil industry capex this year was expected to fall by 32% to $335 billion, the lowest level for 13 years, the IEA added. – Rappler.com