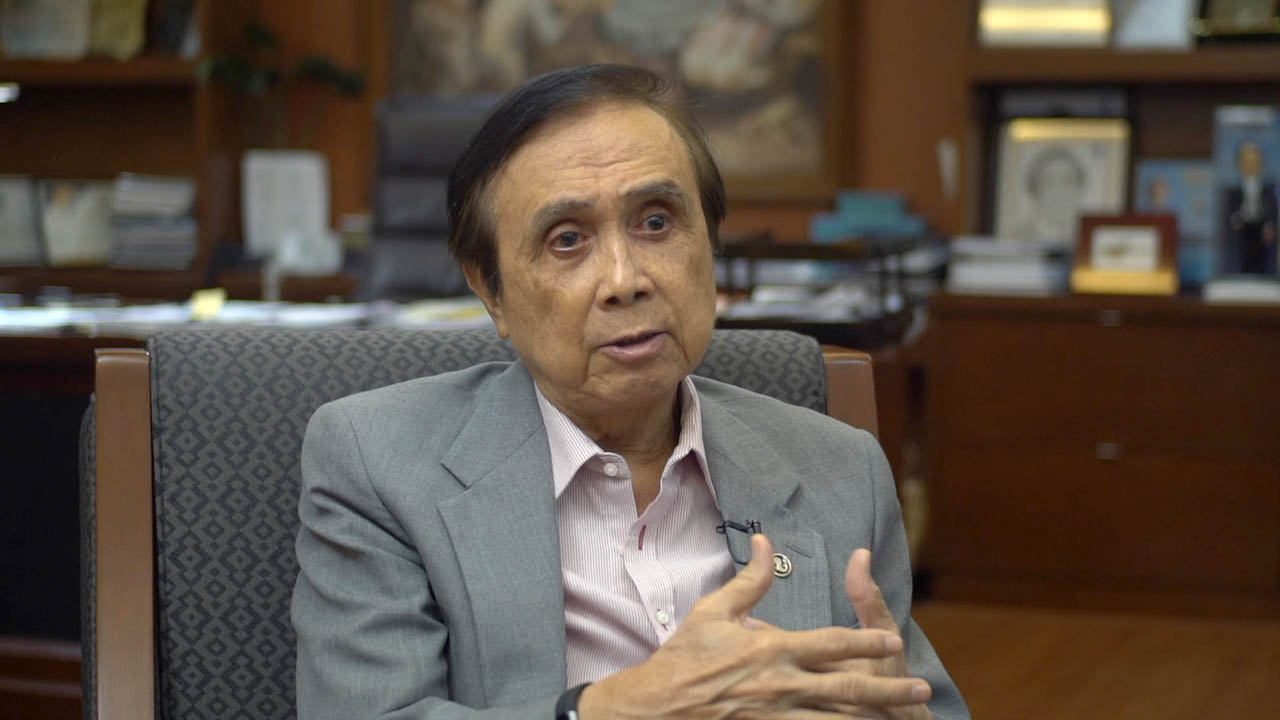 After nearly 4 years in service, Pernia decided to leave the post due to “differences” in development philosophy with other Cabinet officials and what he said were other personal reasons. President Rodrigo Duterte accepted Pernia’s resignation the same day.

A seasoned economist, Pernia worked as lead economist at the Asian Development Bank (ADB) prior to being appointed as NEDA chief. He is also a professor emeritus of economics at the University of the Philippines.

From forwarding the full implementation of the reproductive health (RH) law to opposing federalism, here’s how Pernia acted as the socioeconomic planning chief since 2016.

As part of Duterte’s economic team, Pernia helped craft the government’s 8-point economic agenda, which promotes inclusive growth and aims to reduce poverty in the Philippines.

Pernia also supported the “rapid and sustained implementation” of the RH law and said it would be part of Duterte’s economic priorities.

Pernia said he would propose to Duterte to sign an executive order (EO) that will urge local government units (LGUs) to fully implement the RH law. He said poverty reduction in the Philippines had been “really very slow” because policymakers had only prioritized the generation of jobs and not population policy.

Pernia, together with other Cabinet secretaries Carlos Dominguez III and Benjamin Diokno, advised Duterte to reject the bill that would give a P2,000 across-the-board hike in the monthly pension of Social Security System (SSS) members.

Duterte approved a P1,000-increase in the SSS pension January 2017 – half of the increase proposed by legislators.

Along with Diokno and Dominguez, Pernia advised against the free tuition policy in state universities and colleges. Instead, they pushed for fully funding the Unified Student Financial Assistance System for Tertiary Education (UniFAST) as an alternative for “non-poor” students.

“In fact, we were closely consulted by the finance department when it was crafted so there’s really no kind of misgivings or reservations on the tax package,” said Pernia.

Pernia proposed 100% foreign ownership to be allowed in certain areas to boost foreign direct investments flowing into the Philippines. He said more investment areas should be given to the sectors of retail, trade, professions, public utilities, and contractors.

“I want to be more aggressive and to be at par with other ASEAN countries,” he said.

Amid rising consumer prices, Pernia said: “Let’s just tighten our belts. Since it’s already there, let’s live with it. It’s a short-term pain for a long-term gain.” (READ: What Duterte, economic managers said about the poor)

Pernia drew flak from labor groups, lawmakers, and the public for saying in a press briefing that a P42,000 budget in a month is enough for a family of 5 to live decently. He later clarified that those numbers were not official NEDA estimates and were “just top of mind.”

Pernia explained he arrived at that figure by assuming that there are two people working in the family who earn at least P21,000 each.

Pernia said shifting to federalism would “wreak havoc” on the Philippine economy. He explained that infrastructure development in regions would be disrupted and that the regions at this point were not ready for this shift in government system.

Pernia forecasted that the Philippines would become an upper-middle-income country by 2019, joining the ranks of China, Thailand, Malaysia.

He later revised this in July 2019 and said the Philippines is likely to become an upper-middle-income country by 2020.

Pernia proposed a “Department of Water” amid the burgeoning water crisis. He explained that having an agency that would centralize all activities related to water resources, supply, and distribution would prevent the country from experiencing water supply problems.

To improve disappointing Philippine GDP growth in 2019 following the rising inflation in 2018, Pernia listed 5 steps the government must take that can help improve the economy.

Pernia said NEDA trimmed the government’s list of big-ticket projects under the Build Build Build program from 75 to 37. He explained that some projects are just too expensive and are difficult to engineer.

Amid the coronavirus pandemic, NEDA released a report that outlined steps that LGUs can do to curb the spread of infection while ensuring that essential services are still delivered.

“The key to a successful medical response is widespread testing,” Pernia said.