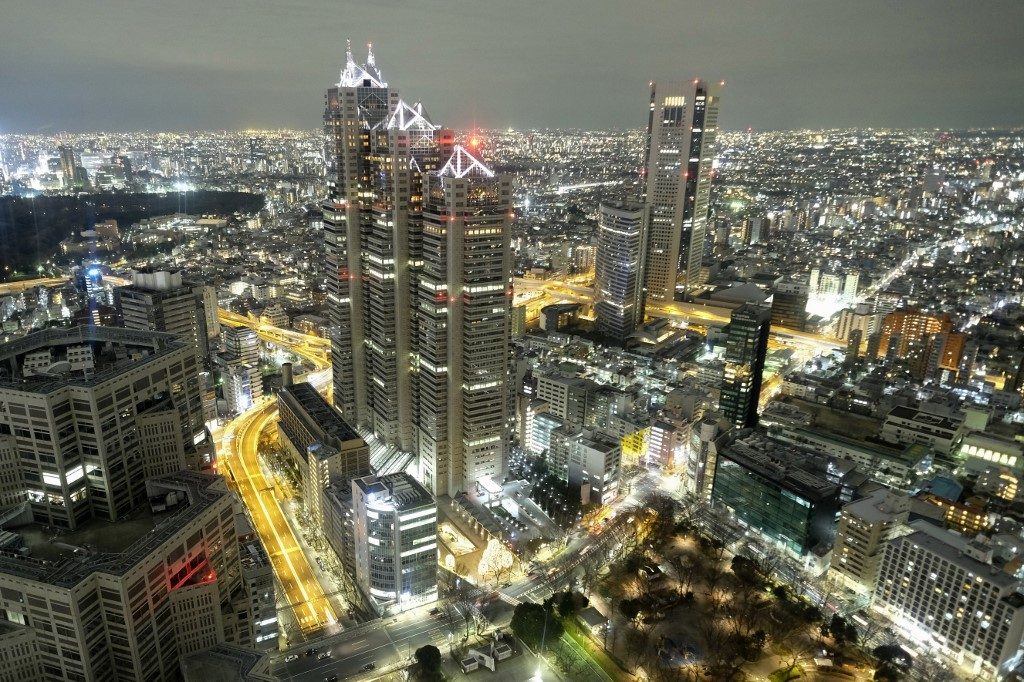 TOKYO, Japan – The Bank of Japan (BoJ) on Monday, April 27, ramped up its emergency monetary easing and cut growth forecasts for the world’s 3rd largest economy, as the coronavirus pandemic ravages the globe.

After a meeting shortened from two days to one, the central bank said it would shift to unlimited government bond buying and more than double its capacity to purchase corporate bonds and commercial papers – a move to support Japan Inc‘s financing as the country grapples with fallout from the virus.

The announcement comes as central banks around the world revert to extraordinary measures – in hand with trillions of dollars of government stimulus – to support their economies, which have been ravaged by long-running lockdowns aimed at preventing the spread of the disease.

Analysts said the announcement was appropriate but were gloomy on the prospects of success.

The move is “largely symbolic, but it’s better than doing nothing,” Taro Saito, senior economist at NLI Research Institute, told Agence France-Presse ahead of the decision.

“Given the circumstances, no one expects the latest policy can turn the economy around, and the same can be said about fiscal stimulus,” he said.

Even before lifting the 80-trillion-yen cap on government bond buying, the BoJ’s purchases were well below the ceiling, Saito noted.

In a quarterly economic report issued on Monday, the bank also revised down growth forecasts, projecting the economy will shrink 3% to 5% for the current fiscal year to March 2021, compared with the previous estimate of 0.8% to 1.1% growth.

Central bank chief Haruhiko Kuroda warned that the pandemic has had a “serious impact” on the domestic economy, “and the economic prospects are increasingly bleak.”

“We expect that global economic activity will be restrained until the spread of infections heads towards containment and we project that our economy will stay grim for a while,” he said at an afternoon briefing.

“The timing on when the spread of infections is contained or the pace of [economic] improvement after containment is highly uncertain, and we think downwards risks are big.”

The central bank left rates unchanged though Kuroda said it was ready to take “additional easing steps without hesitation.”

“We wouldn’t rule out a cut in policy interest rates,” he added.

The bank also reiterated its longstanding commitment to a 2% inflation target, which has remained stubbornly elusive, while revising down its forecast for core consumer prices.

The central bank’s decisions come ahead of the United States Federal Reserve’s meeting later this week to shore up confidence and keep the financial sector running.

The Fed has already unveiled measures to bolster liquidity and cut interest rates to historic near-zero as the coronavirus slammed the US economy, so it is not expected to do much besides project confidence at its policy meeting this week, analysts have said.

Prime Minister Shinzo Abe’s government last month unveiled a package of stimulus measures worth around $1 trillion to protect jobs, bolster the medical sector, and ease the pain for working families.

Earlier this month, Abe said the government will offer a cash payment of 100,000 yen ($930) to every resident.

“Japan’s economy is likely to remain in a severe situation for the time being due to the impact of” the virus, the BoJ said in its quarterly report.

But “thereafter, as the impact of the spread of the COVID-19 wanes at home and abroad, Japan’s economy is likely to improve, supported by accommodative financial conditions and the government’s economic measures,” it added. – Rappler.com