Apr 29, 2020 12:00 PM PHT
Agence France-Presse
Facebook Twitter Copy URL
Copied
Department store chains like Macy's, Nordstrom, and JCPenney are in a fight for survival as the coronavirus pandemic forces them to close and lay off their employees 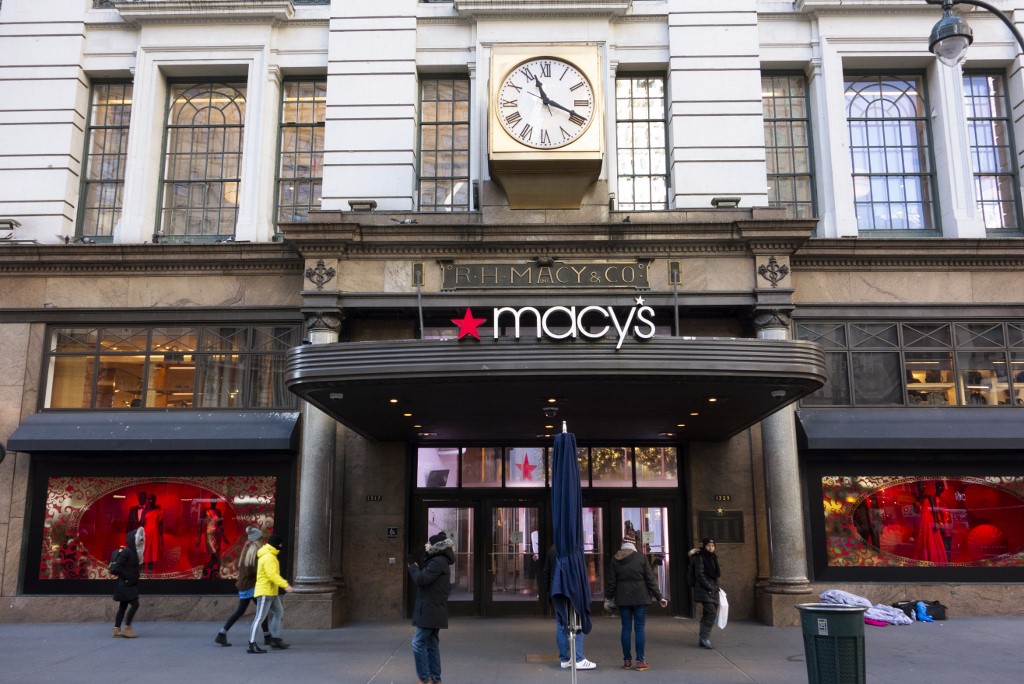 NEW YORK, USA – The Macy’s department store located two blocks from the Empire State Building in New York City is a stop on many tourists’ itineraries, but visitors may need to find another shopping temple once the coronavirus pandemic is over.

Iconic American department store chains like Macy’s, Nordstrom, and JCPenney are in a fight for survival as the coronavirus pandemic forces them to close and lay off their employees, worsening their already precarious financial situation.

Sales of clothing and accessories dropped by more than half in March, according to the Commerce Department, and the numbers will be only worse in April, when lockdowns to stop the virus were widespread in the United States.

Once anchor tenants of shopping malls and showcases for the latest fashion trends, analysts now wonder if there’s any way for US department stores to survive the pandemic’s unprecedented business disruptions.

“I think we will see bankruptcies,” said Robert Burke of retail and fashion consultancy Robert Burke Associates. “It will greatly change them.”

Now is the time of year when Macy’s should be readying its summer collections. Instead, it’s busy raising billions of dollars to keep itself afloat, banking sources told Agence France-Presse on condition of anonymity.

The famous chain furloughed the majority of its 130,000 employees in March after closing all its stores, freezing new hires, and canceling orders.

“We have lost the majority of our sales due to the store closures,” said the company, which also owns the Bloomingdales and Bluemercury brands.

JCPenney and Nordstrom are in similar trouble. Analysts at investment bank Cowen think their finances can only last them another 8 months.

Kohl’s can only survive another 5 months, Cowen said, while Lord & Taylor is already exploring restructuring.

The first to fall could be luxury department store Neiman Marcus.

It was recently unable to meet a debt maturity, prompting S&P to warn they “do not expect the company to make future interest payments and believe [Neiman Marcus] will pursue a comprehensive out-of-court or in-court restructuring.”

That would mean declaring Chapter 11 bankruptcy, which under US law allows a company to restructure without creditor pressure but at the expense of job cuts.

Department stores’ ill fortune can be traced to the rise of e-commerce and shifts in consumer tastes.

The success of Amazon and other online stores, along with “fast fashion” brands like H&M and Zara, challenged department stores and forced them to reinvent.

They tried launching their own e-commerce sites and creating experiences like yoga classes and pop-up bars, but were sabotaged by their dependence on physical sales.

L Brands, owner of Victoria’s Secret, is heading for a court fight with a private equity firm that said it would buy the emblematic lingerie line in February but then backed out.

A McKinsey & Company report this month posited that mergers may be the best way forward for these troubled stores.

One way or another, Burke foresees the number of major department stores in a given area shrinking greatly, with the survivors having found new ways to get their clothes to customers.

“People want to shop physically and online. There is room for both in the luxury category,” Burke said. “We don’t need as many stores.” – Rappler.com