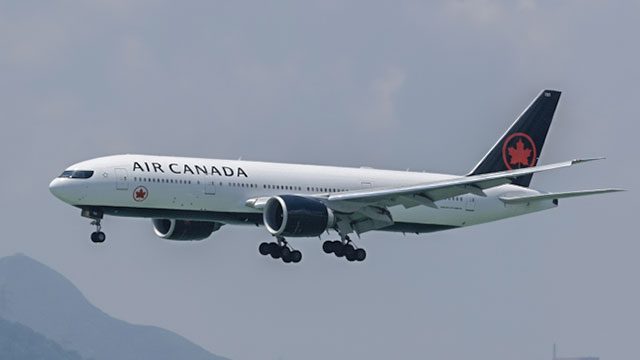 Facebook Twitter Copy URL
Copied
'We are now living through the darkest period ever in the history of commercial aviation,' says Air Canada CEO Calin Rovinescu

MONTREAL, Canada – Air Canada on Monday, May 4, announced a loss of more than Can$1 billion (US$710 million) in the 1st quarter as the coronavirus pandemic shut down air travel worldwide.

The colossal loss followed 6 consecutive years of profits for the flagship Canadian airline, which has had to slash capacity by 90% in the face of the crisis.

“We are now living through the darkest period ever in the history of commercial aviation,” chief executive officer Calin Rovinescu said in a statement.

For the first 3 months of the year, Air Canada had a net loss of Can$1.049 billion, compared to net income in the same quarter last year of Can$345 million, the company said.

Excluding extraordinary charges, the loss amounted to Can$1.49 per share, or 19 cents higher than analysts expected on average.

“Our 1st quarter results reflect the severity and abruptness of the impact that the COVID-19 pandemic has had on Air Canada, which started to be felt across the global airline industry in late January with the suspension by many carriers, including Air Canada, of services to China,” Rovinescu said.

“The impact was exacerbated during the month of March with mandated social distancing, unprecedented government-imposed travel restrictions in Canada and around the world, and the shutting down of economies,” he said. – Rappler.com