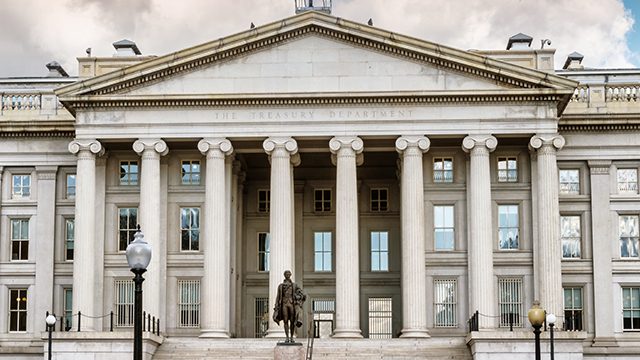 WASHINGTON, USA – The United States Treasury said on Monday, May 4, it will borrow a record $2.999 trillion in the April-June period largely to finance spending on relief programs amid the coronavirus pandemic.

That amount for the 2nd quarter is 5 times the most spent in any 3-month period and far outstrips total debt issued in most years. In the 2019 fiscal year, the government issued just $1.28 trillion in debt, a Treasury official told reporters.

The increase is “primarily driven by the impact of the COVID-19 outbreak, including expenditures from new legislation to assist individuals and businesses” and deferred taxes, Treasury said in a statement.

Congress rushed out nearly $3 trillion in aid for individuals and businesses as the pandemic forced much of the economy to shut down, including increased unemployment payments and loans to small businesses and major industries to try to keep them afloat and paying their workers.

In addition, the annual rite of paying income taxes by April 15 was pushed back 3 months.

The Treasury official said the borrowing assumptions “include only legislation that has been passed to date” and could be adjusted or shifted into later months depending on how quickly the funds are pushed out.

For the July-September quarter, Treasury currently estimates the need to borrow $677 billion.

Despite the massive amount, the US government should not have any problems finding buyers for the debt, which is seen as a solid investment for domestic and foreign investors alike. – Rappler.com