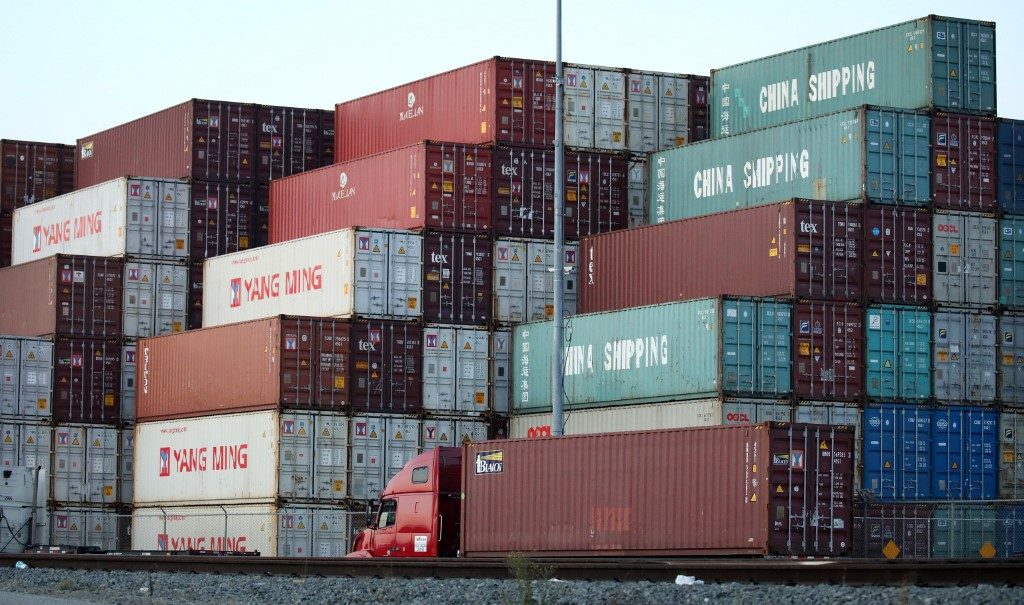 WASHINGTON, USA – United States exports plunged 9.6% in March – the biggest monthly decline on record – increasing the trade deficit to $44.4 billion as the coronavirus pandemic disrupted global commerce, according to government data released on Tuesday, May 5.

While widespread business shutdowns in the US did not take hold until later in the month as cities and states imposed lockdowns to try to contain the spread of the virus, transportation disruptions began earlier overseas.

Imports into the US also fell, but only by 6.2% compared to February, as transportation and shipping began to close down worldwide, causing the trade gap to jump nearly 12% from $39.9 billion in February, the Commerce Department reported.

“The declines in March exports and imports were, in part, due to the impact of COVID-19, as many businesses were operating at limited capacity or ceased operations completely, and the movement of travelers across borders was restricted,” the report said.

Analysts had been expecting a rebound in US trade after Washington and Beijing signed a partial deal in January that relieved some of their nearly two-year long tariff battle, but the pandemic has upended that progress.

“That’s all gone, and the collapse in global trade flows is hitting exports too,” said Ian Shepherdson of Pantheon Macroeconomics.

“We expect a further drop in both exports and imports in April, and then a modest rebound should begin in May,” he wrote in an analysis.

The data showed a stunning $7.5-billion drop in travel and $2.6-billion fall in transport.

But James Watson of Oxford Economics warned “the worst of the shock is yet to come.”

“As demand at home and abroad is set to contract at a record pace in the 2nd quarter, imports and exports are likely to collapse even deeper,” he said in an analysis. “We expect trade activity to plunge far further than in the financial crisis, as export and import volumes both fall 17% in 2020.”

The declines were seen across all categories, including a $1-billion drop in crude oil exports, while consumer goods imports like cellphones plunged $4 billion, and auto imports dropped $2.7 billion.

Falling imports meant the deficit with China on goods alone fell $4.2 billion in the month to $15.5 billion, the Commerce Department said.

Falling US exports could hit gross domestic product growth, which contracted 4.8% in the 1st quarter.

But the effort to restart supply chains for imported parts and inputs for domestic manufacturing also could undermine growth. – Rappler.com