May 6, 2020 10:10 PM PHT
Agence France-Presse
Facebook Twitter Copy URL
Copied
The European Union estimates that the eurozone economy would shrink by 7.7% in 2020, a 'recession of historic proportions' 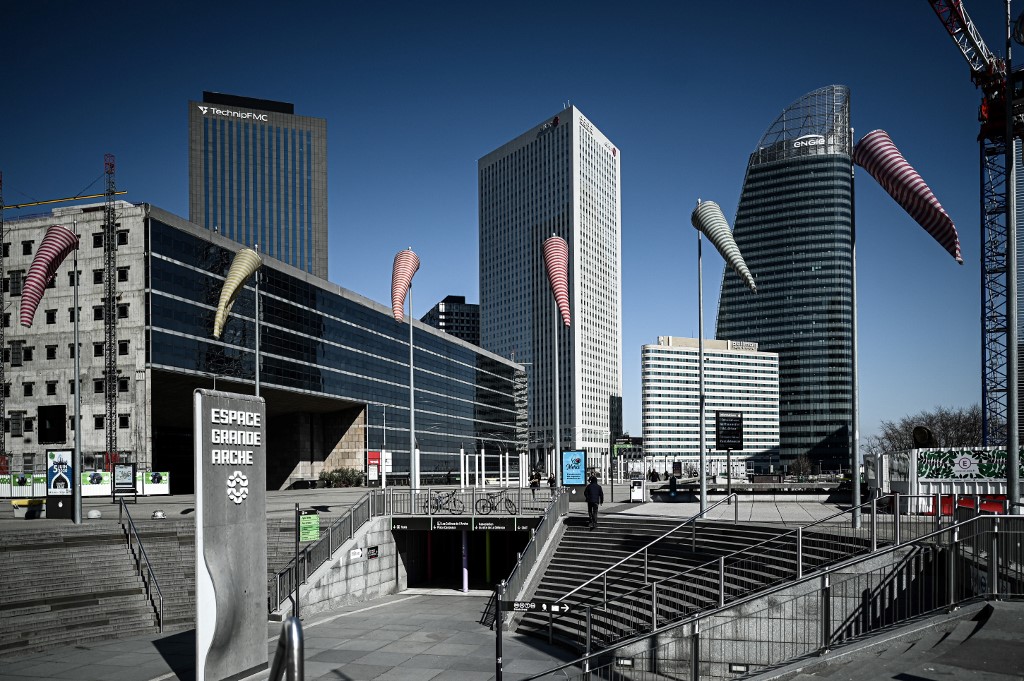 BRUSSELS, Belgium – The European Union (EU) forecast on Wednesday, May 6, that the eurozone economy would contract by a staggering 7.7% in 2020, warning the wreckage from the coronavirus outbreak could endanger the single currency.

Calling it a “recession of historic proportions,” the EU executive said the 19-member single currency zone would rebound by 6.3% in 2021, but in a recovery that would be felt unevenly across the continent.

That question is pressing, amid gripes by Italy and Spain that wealthier Germany and the Netherlands have the means to swiftly turbocharge their own recoveries, leaving the south trailing in their wake.

The European Commission insisted that, without some form of common rescue plan, the EU project and the single currency could be ripped apart.

“Such divergence poses a threat to the single market and the euro area – yet it can be mitigated through decisive, joint European action,” Economic Affairs Commissioner Paolo Gentiloni said.

The commission’s data seemed to confirm this concern, with Italy seeing a cataclysmic recession of 9.5% in 2020, and only a 6.5% recovery next year that would only partially make up the ground.

Greece’s recession would reach an eye-watering 9.7%, wiping out all the gains of its post-bailout recovery, and only bounce back by 7.9% in 2021, the commission said.

The effects on public finances in heavily indebted Italy would be particularly bad, with the annual deficit soaring to 11.1% of annual output, and with Spain and France overspending by 10%.

Unemployment in the eurozone will also rise by two percentage points to 9.6% in 2020 with Greece and Spain widely above the average of the 19 euro countries.

National governments have deployed trillions of euros to keep businesses open and workers in jobs, but the response has been uneven, based on a country’s available financial firepower.

Efforts to come up with a European solution have foundered however as Berlin and The Hague refuse to more closely tie their economies to their struggling EU partners to the south.

The commission is currently drawing up a recovery plan that would boost the EU’s common budget, but the proposal has been delayed as Brussels struggles to find agreement across the EU capitals.

“Our plan and its funding will be decided in the next weeks. It’s not up to me to decide when. We’re working hard and it’s not an easy job,” Gentiloni acknowledged.

“I am confident that in June it will be approved,” he added.

So far, the European Central Bank (ECB) has been on the front lines of protecting the European economy from deeper doom, deploying hundreds of billions of euros in monetary stimulus.

This reliance on the ECB is now itself under threat after Germany’s highest court on Tuesday, May 5, said the policy, that consists of massive bond-buying, was probably illegal. – Rappler.com