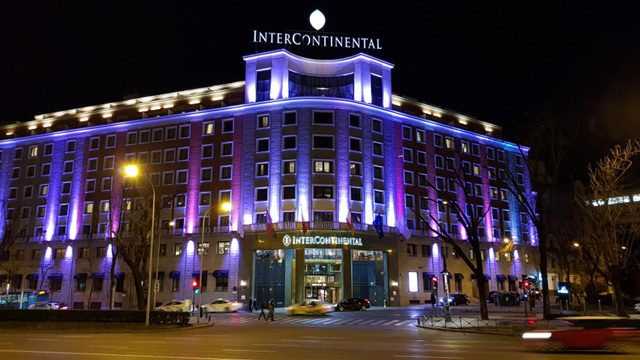 Facebook Twitter Copy URL
Copied
InterContinental Hotels Group, the world's largest hotel operator by number of rooms, has around 1,000 hotels or 15% of its estate shut at the end of April 2020

LONDON, United Kingdom – InterContinental Hotels Group (IHG) expects sales to have plunged by a record 80% in April as the coronavirus outbreak shuts its chains, including Crowne Plaza and Holiday Inn.

RevPAR slumped 25% over the 1st quarter from a year earlier, it added in a results statement.

“COVID-19 represents the most significant challenge both IHG and our industry have ever faced,” said chief executive Keith Barr.

With around 15% of its hotels currently shut, including InterContinental sites, London-listed IHG has offered facilities to frontline health workers and the homeless.

“I would like to sincerely thank everyone at IHG…for the way they have responded to this challenge,” Barr added in the release Thursday, May 7.

“This includes protecting the health and safety of guests and colleagues…and repurposing hotels to provide essential activities including accommodation to frontline workers, military personnel, and vulnerable members of society.”

The group franchises, leases, manages, or owns about 5,900 hotels, which together comprise almost 882,000 rooms in more than 100 countries.

The least affected area was China, where only 10 hotels remained closed, as the country gets back to work after being the first country into lockdown.

“Following a solid performance in the first two months of 2020, occupancy levels dropped to historic lows in March and April, as social distancing measures and travel restrictions came into effect around the world,” Barr said on Thursday.

“We anticipate continued disruption to travel in the months ahead, and forward visibility on the timing and shape of improvements in demand remains very limited.

“We are though still seeing hotel openings including the Regent Shanghai Pudong later this month, and great signings such as the InterContinental in Rome,” he added. – Rappler.com