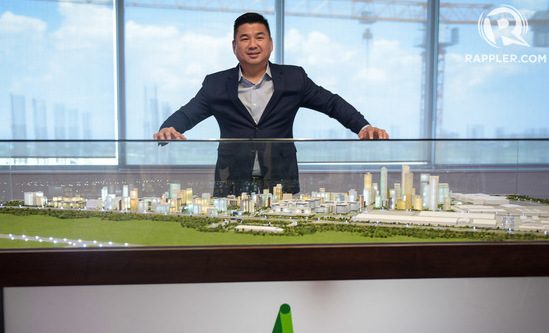 Facebook Twitter Copy URL
Copied
'Let me be clear once and for all and say that we, in Udenna Corporation, have no intention to acquire ABS-CBN,' says billionaire Dennis Uy

In a statement on Sunday, May 10, the chairman and chief executive officer of Udenna Corporation said they do not plan on venturing into broadcasting.

“Let me be clear once and for all and say that we, in Udenna Corporation, have no intention to acquire ABS-CBN,” Uy said.

“Being in the business of broadcasting is not part of our corporate direction.”

The National Telecommunications Commission (NTC) had ordered ABS-CBN stop its television and radio broadcasting operations last Tuesday, May 5, a day after its franchise expired. Congress has yet to act on bills filed seeking the renewal of the network’s franchise.

ABS-CBN went off-air, but has since asked the Supreme Court to stop the implementation of the NTC order.

The shutdown has been widely condemned as an attack on press freedom by the Duterte administration, coming at a time when Filipinos need crucial information about the coronavirus pandemic.

“We are hoping that their issues be resolved soonest,” he added.

Duterte has repeatedly slammed ABS-CBN, accusing it of unfair reporting and not airing some of his campaign ads in 2016. The President once said it would be better if ABS-CBN executives “just sell” the network. (READ: TIMELINE: Duterte against ABS-CBN’s franchise renewal) – Rappler.com