May 11, 2020 9:30 PM PHT
Agence France-Presse
Facebook Twitter Copy URL
Copied
Some $500 million in Garuda debt would reportedly be restructured with another $500 million in new loans to help the airline meet operational needs for the next 6 months 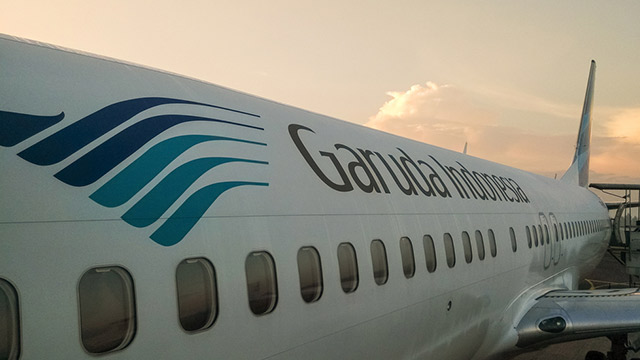 JAKARTA, Indonesia – Indonesia is drawing up a $1-billion rescue plan for struggling national airline Garuda after the coronavirus forced the company to ground most of its planes, Bloomberg News reported on Monday, May 11.

Under the plan, some $500 million in Garuda debt would be restructured with another $500 million in new loans to help the airline meet operational needs for the next 6 months, the report said, citing Deputy State-Owned Enterprises Minister Kartika Wirjoatmodjo.

The company was facing the prospect of defaulting on Islamic bonds known as sukuk due next month, the report said, adding that investors would be offered the option of extending maturities on their investment by 3 years or a staggered repayment scheme.

“Garuda remains a good company with bright prospects,” Wirjoatmodjo was quoted as saying.

“Its business will remain robust after the outbreak ends.”

The ministry did not respond to requests for comment.

In a reply via WhatsApp, Garuda’s president director Irfan Setiaputra said: “This is still an ongoing discussion. It’s not confirmed yet.”

State-controlled Garuda – which operates a fleet of more than 200 aircraft with its Citilink subsidiary – has temporarily cut salaries to help cope with a travel slump sparked by the global pandemic.

Coronavirus has dealt a crushing blow to the global aviation industry, which has been hard-hit by confinement measures and travel restrictions.

Colombia’s Avianca, the second largest airline in Latin America, filed for bankruptcy protection on Sunday, May 10, in a bid to reorganize its debt. – Rappler.com